Lima, Feb 10 (EFE).- Twenty people were killed and 33 others injured when a bus plunged into a ravine in the northern region of La Libertad, Peruvian authorities said Thursday.

The accident occurred Wednesday afternoon along a stretch of road between Tayabamba and Huancaspata, the Regional Health Administration said.

The bus was bound from Tayabamba to the coastal city of Trujillo, La Libertad’s capital, a distance of around 340 km (327 mi).

Describing the road as being in poor condition and covered with mud, media outlets said that the driver apparently lost control and the vehicle ran off the pavement and flipped over several times in the air before landing at the bottom of a chasm some 100 m (327 ft) deep.

Area residents aided firefighters and paramedics in pulling people from the wreckage of the bus as police began the accident investigation.

After a reduction in traffic fatalities amid the measures taken to reduce the spread of Covid-19, Peru is seeing an uptick in deaths on the roads with the reactivation of economic activity. EFE 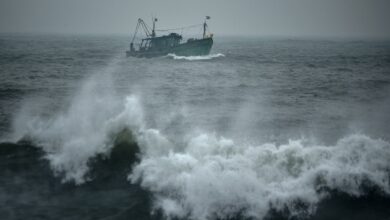