“In connection with the signing of the agreement to unblock Ukrainian ports for the export of grain, operations have been resumed in the ports of Odesa, Chornomorsk and Pivdennyi,” sources from the Ukrainian navy said, according to news website Ukrinform.

“The departure and arrival of ships to seaports will be carried out by forming a ‘caravan’ that will be accompanied by a pilot ship,” it added.

Earlier this week, Ukrainian authorities revealed plans to resume cereal exports by Wednesday under the Turkey-brokered agreement with Russia signed on July 22 in Istanbul.

A day later, Russia triggered an international outcry when it attacked the port of Odesa.

Although the Russian attacks on Odesa’s infrastructure continued over the subsequent days, Kyiv went on with the original plans to resume maritime exports.

Turkey will oversee the operations through the so-called Joint Coordination Centre.

The goal is to export some 22 tons of wheat, corn and other cereals stored in the silos located at the three ports. EFE 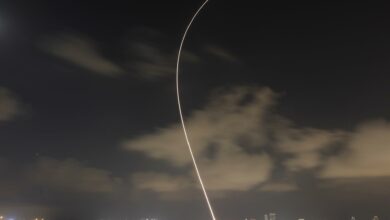