Panama City, May 11 (EFE).- Three fishing boats caught fire for unknown reasons on Wednesday in Pacific Ocean waters off the Panama coast, the Central American country’s Maritime Authority reported, adding that an investigation has been launched into the incident.

The fire broke out about 10:20 am on one of the boats owned by Panama’s Rocmar Seafood S.A., anchored one or two nautical miles off the Port of Vacamonte in Panama Oeste province near the capital, maritime authorities said.

The blaze spread to two other boats owned by the same firm but was brought under control by firefighters and the National Aeronaval Service (SENAN).

The eight crewmembers who were on board the three vessels were rescued by another Rocmar Seafood boat and, so far, no injuries have been reported in the incident, according to the official report.

Maritime authorities are investigating the incident and monitoring the area to determine whether there was any fuel spill.

Once the cause of the fire is determined, authorities will issue the “necessary recommendations” to prevent similar incidents in the future. 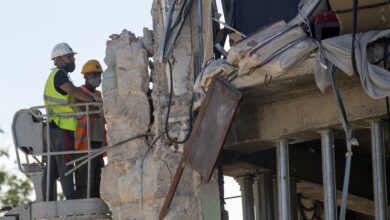