The assailants killed the workers in two separate incidents around 10 am in Jalalabad while carrying out a door-to-door vaccination drive.

“Two incidents took place separately as one female vaccinator martyred in PD-4 and two others in PD-7 of Jalalabad city,” a senior administrative official in Nangarhar told EFE on the condition of anonymity.

He said police are investigating the incidents.

A senior health official at the Polio Vaccine Department of the health ministry, who asked not to be named, said three attackers were involved in the killings.

“In the first shooting a female supervisor named Nageena was killed, and in the second shooting, two female vaccinators named Basira and Samina were shot dead,” the official told EFE.

The official said the third incident involved a bomb blast near a vaccine office, but no one was harmed.

President Ashraf Ghani, who is currently in neighboring Tajikistan on an official visit, condemned the attack and expressed condolences to the families of the victims.

“Such attacks on doctors, health providers and civil servants, who save lives of the children and deliver health services, are terrorist acts, horror and have no justifications,” Ghani said in a statement.

Afghanistan and Pakistan are the only two countries in the world with active polio cases.

Afghanistan recorded 303 new cases of polio in 2020, the highest in almost a decade.

Rapid transmission of the virus in southern and eastern Afghanistan is one of the major problems the authorities face to eliminate the disease.

Security problems and lack of cooperation from the Taliban in allowing house-to-house vaccination in areas under their control have also put hurdles in the campaign. EFE-EPA 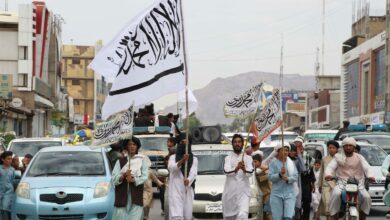