Rome, Jan 1 (EFE).- The unaccompanied children among the hundreds of migrants rescued in the Mediterranean Sea by Sea Watch 3 over the past few days have been disembarked in the southern Italian island of Sicily, sources from the NGO told Efe.

Another 200 migrants hope to get off the boat within a few hours in Pozzallo, the sources added.

Unaccompanied minors and people with vulnerable health conditions have been prioritized, while the rest of the migrants in better shape could be disembarked later on, the sources explained.

On Friday, Italian authorities directed the boat, which is carrying 14 children under one, to Pozzallo port after days at sea off the Sicilian coast.

A few days earlier, the Italian coast guard delivered diapers and powdered milk as stocks on board were running low.

Other migrants had also to be evacuated to hospitals due to their fragile health conditions, including two pregnant women, a three-year-old girl and a man with medical issues.

A total of 67,040 migrants arrived in Italy over the past year, nearly double the 34,154 who did so in 2020, the interior ministry data revealed on Friday. EFE 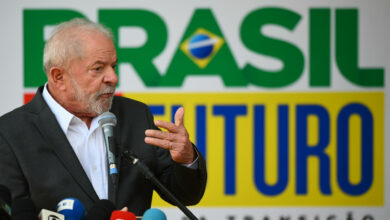 Biden signs bill to avert rail strike in US