Bogota, Mar 7 (EFE).- Colombia is the latest Latin American country to decriminalize abortion, in response to the feminist “Green Wave” movement that has been gaining power across the region.

“Historic” was the word most people used on February 21, when Colombia’s Constitutional Court eased abortion restrictions and ruled that the practice should only be punishable when performed after the 24th week of pregnancy.

Colombian doctor Ana Cristina Velez tells Efe that it is historic because it comes after years of feminist struggles.

It puts “Colombia at the forefront of Latin America and the Caribbean,” says the head of Just Cause, an organization that promotes the decriminalization of abortion.

In last year’s third quarter, birth rates among girls under 14 years of age increased by 19%, and more than 1,300 girls became mothers before age 15 between July and September. Almost 28,000 between the ages of 14 and 19 also gave birth during the same period.

The court decision is a victory in “a battle that is 40 and 50 years old,” Velez points out.

“It took us a long time to get out of the total criminalization in 2006, and then 16 years after that to get this victory,” she adds, referring to when a court ruled in 2006 that women would be allowed to terminate a pregnancy in one of three situations: rape or incest, a fetal abnormality, or if the pregnancy presents a danger to the mother’s physical or mental health.

But now the challenge is to stop stigmatizing women who opt for ending their pregnancy.

According to Doctors without Borders (MSF), 88% of the women who have had abortions have experienced obstacles at clinics.

The “Green Wave” movement began in Argentina, where a law allowing abortions up to the 14th week of pregnancy was passed in late 2020 after years of mass rallies.

“The success of the campaign basically had to do with focusing on an objective and sustaining that objective against all odds,” sociologist Maria Alicia Gutierrez explains to Efe.

In Mexico, although only six states there have allowed abortions in the first 12 weeks of pregnancy so far, some have been pioneers in adopting reproductive rights such as Mexico City, which has had this law since 2007.

“Right now I do believe that we are seeing very important changes in the recognition of access to abortion,” says Isabel Fulda Graue, deputy director of the Information Group on Reproductive Choice (GIRE).

The green wave “has been essential” to achieve this type of victory in a region, where maternal mortality rates could be reduced with safe and legal abortions, according to Graue.

Fabiola Fernandez tells Efe that she did not feel judged when she decided to go to a clinic in Mexico City to end a pregnancy in April last year.

“I don’t regret it,” says the young woman.

“It is very hopeful that the world is opening up little by little, that we, women, can decide about our bodies and make our own decisions. Being a mother is a decision and a responsibility.”

While the movement is advancing in Latin America, it seems the United States is moving backward as abortions restrictions have been increasing across the country.

Since the Supreme Court issued a law legalizing abortion in 1973, it has been technically allowed in the US until around 24 weeks of pregnancy, but in the last decade, hundreds of restrictions have been approved in several conservative states such as Texas.

“We feel very pessimistic and we are preparing for the worst,” Jen Moore Conrow, director of Ohio’s largest abortion clinic, tells Efe.EFE 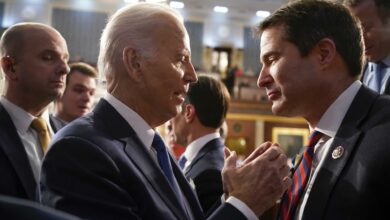