KABUL, Afghanistan (AP) — It was Nov. 13 , 2001. The sun had just begun to rise over the Hindu Kush Mountains when the Taliban disappeared from Kabul, the battered capital of Afghanistan.

The bodies of foreign Arabs who had stayed behind were mutilated and bloodied. They had been found and killed by advancing Afghans of another faction who were brought to the city by a blistering U.S.-led campaign that drove the Taliban from power.

The perpetrators and their leader, Osama bin Laden, were somewhere in Afghanistan, sheltered by the Taliban .

The mission: Find him. Bring him to justice.

Right then, Afghanistan — two decades of disorder behind it, two decades more just ahead — was suspended in an in-between moment. The recent pages of its book were already filled with so much heartbreak, but for the first time in a while, some blank pages full of potential sat just ahead. Nothing was certain, but much seemed possible.

Against that backdrop, Afghans understood the mission against bin Laden to mean a chance to secure their future — a future as murky on that day as it is today. In those post-2001 months and years, they believed in the power of “the foreigners.”

From hundreds of years ago right up to the jumbled chaos of recent days as the United States pulled out of its air base and then the capital, the word “foreigner” has meant many things in the Afghan context, from invaders to would-be colonizers.

But in November 2001, in a mostly ruined Afghan capital where rutted roads were filled with bicycles and beat-up yellow taxis, it meant hope.

Torek Farhadi joined scores of educated and trained Afghan expatriates who returned to their homeland in 2002 after the Taliban were gone. He wanted to be part of the new Afghanistan that the U.S.-led invasion promised.

“I found the people relieved fresh and full on energy to start anew,” the economist said from his home in Geneva, as he watched the Taliban’s return to power last month. He remembered, too, the “smart young women” he encountered who had lost huge chunks of their educations to Taliban repression between 1996 and 2001.

The arrival of the U.S.-led coalition weeks after the Sept. 11 attacks ended a repressive, religiously radical regime that had more in common with the sixth century than the 21st.

Mullah Mohammad Omar, the reclusive one-eyed leader of the Taliban, had brought the village to the city. The strict edicts he taught at his one-room mud madrassa, or religious school, became law. Girls were denied education. Women were confined to their homes or, when in public, inside the all-encompassing burqa. Men were told to wear beards. Television was banned, as was all music but religious chants.

When the Taliban fled and the new, post 9/11 leader, Hamid Karzai, entered the sprawling presidential palace, he discovered the Taliban had left their mark. The grand piano had been gutted; only the elegant shell remained. The insides had been removed — seemingly out of fear that a piano key might be accidentally pressed and music made.

Wall-to-wall hand-painted miniature murals had been defaced; Taliban who believed images of living things were a crime against Islam went to every tiny bird and blotted out its face with a black marker.

In those first years, George W. Bush’s defense secretary, Donald Rumsfeld, vowed there would be no nation-building. The running of the country was handed to Washington’s Afghan allies, many of whom had destroyed Kabul with their bitter feuding when they last ruled. Under their corruption, the country devolved into a collection of fiefdoms that enriched local warlords and led to the Taliban’s rise.

Ethnic Pashtuns, the majority group that had made up the backbone of the country, were suddenly disenfranchised. In 2002, the deputy police chief of Zabul, a southern province that was once a Taliban stronghold, sent 2,000 young Pashtun men to Kabul to join the Afghan national army. They were teased and mocked; the deputy chief said all but four ended up joining the Taliban.

Giant posters of slain anti-Taliban fighter Ahmad Shah Massoud — an ethnic Tajik warlord who was assassinated on Sept. 9, 2001 — were plastered on official vehicles and inside the Defense Ministry. The first defense minister, Mohammad Fahim, a Massoud lieutenant, deepened the divisions by institutionalizing ethnic discrimination.

The Afghan military that would collapse in the wake of Taliban advances in 2021 began existence with its recruits often more loyal to a warlord than the army itself. Training was barely eight weeks for new, generally uneducated men. Building the Afghan army was often likened to repairing an aircraft midflight.

So, across Afghanistan, quickly and understandably, it started: The defeated Taliban began to re-emerge. And it kept getting worse.

By 2012, just two years before the U.S. and NATO handed over the operational end of the war to Afghanistan’s government, the Afghan army was barely competent and filled with fighters angry at what they considered poor treatment by their foreign trainers. Soldiers wore boots with holes because a shoddy contractor, paid millions by corrupt officials, had delivered substandard equipment. At an army outpost in the deadly east, helmets were so scarce that five soldiers took turns wearing one.

And U.S. trainers? They were no longer attending training sessions where live ammunition was being used.

They feared the weapons might be turned on them.

The return last month of the Taliban, with their long beards and flowing traditional turbans, has created widespread fear among young people in Afghanistan’s cities — places where urban girls wearing headscarves have felt free to mingle in coffee shops and on the street. Young men wearing Western dress who dream of even greater freedoms have been part of the airport chaos that greeted the start of evacuation flights.

A country of 36 million, Afghanistan is filled with conservative people, many of whom live in the countryside. But even they do not adhere to the strict interpretation of Islam that the Taliban imposed when last they ruled.

The Taliban leaders, many of whom are linked to the previous regime, including the movement’s co-founder Mullah Abdul Ghani Baradar, promise a different Taliban this time. Once camera shy and reclusive, many have made regular appearances on the diplomatic stage. They say women can work, attend school and participate in public life.

Who believes them is another matter entirely. The new generation is filled with nervous young people who grew up on stories that were the stuff of nightmares.

Some older Afghans, who worry that an already depressed economy will only get worse, note that the Taliban’s last rule was marked by strong security. Under those Taliban, justice was swift and harsh. Convicted thieves had their hands cut off. Murderers were publicly executed. The punishments and the trials were carried out publicly in a stadium filled with thousands — barbaric scenes that still generate fear.

The Taliban’s rule was not marked by attacks on women, but rather relentless repression that denied them a public space. And despite orders that they should be accompanied by men, women often traveled by themselves. But the traditional all-covering burqa, an ancient dress that left only a gauzy patch through which to see, came to symbolize Taliban repression.

Even as the world watched in shock at the quick demise of the Afghan army and government over the past weeks, the signs of Afghanistan’s post-9/11 decay had long been evident.

Twenty years and billions of dollars in investment after 9/11, Afghanistan was considered one of the worst places in the world to be a woman in 2020 and in 2019, according to the Georgetown Institute for Women Peace and Security. In 2018, in a Gallup poll offered a scale of one to 10 to determine how respondents judged their chances for a better future five years down the road, Afghans averaged 2.3. Gallup called it a “new low for any country in any year.”

And two-thirds of those respondents were 35 years old or younger — the very young Afghans who, this month, are anxiously wondering what might be coming next.

When Afghans still believed that searching for peace could make a difference, there was something called the High Peace Council. A few years ago, one of its members wondered how U.S. and NATO forces — which at their peak numbered 150,000 and fought alongside hundreds of thousands of Afghan troops — couldn’t vanquish tens of thousands of Taliban.

“Either they did not want to, or they could not do it,” Mohammed Ismail Qasimyar said. “They have made a hell, not a paradise, for us.”

In the first years after 9/11, U.S. money arrived in Kabul in suitcases. There were no working banks at the time — and no oversight of the billions pouring into the country. Most of it passed through the hands of U.S.-allied warlords whose corruption had led to the Taliban’s rise in the 1990s.

American generals were often used by their Afghan allies to exact revenge. Mohabullah, an Afghan who had left the Taliban to return home to the central province of Ghazni, once laughed as he recounted how easily fooled the Americans were by their Afghan partners. He recalled how a gas station owner was turned in to U.S. forces as a Taliban — to settle a feud.

American forces often unwittingly found themselves enmeshed in such local rivalries during those early months and years when they were utterly dependent on their warlord allies. In 2002, one U.S. general had to rely entirely on former warlords for information about prominent al-Qaida figures who were on the move.

For those who have watched Afghanistan for years, the scenes of throngs of mostly young men hanging from departing aircraft at Kabul’s airport last month seemed an indictment of the two decades of efforts and the billions of dollars spent. For many of those men, the desperation to depart was less about fear for their life — and more about finding a new one.

And, say some Afghans, no wonder.

“Kleptocrats and warlords found their way in the corridors of power. They were rich, they became filthy rich and took the entire governance system hostage to their interests,” says Farhadi, the economist. “People lost faith,” he says. “Even the soldiers didn’t fight for their corrupt leadership.”

Still, Farhadi, a former adviser to the International Monetary Fund and a former economist at the World Bank, said he’d return to his homeland under the Taliban — to help them find a way to operate in the 21st century.

So much has changed from 9/11-era Afghanistan. Bin Laden is dead and gone, slain by U.S. forces in Pakistan in 2011. Kabul is a city that many returning Taliban no longer recognize. The repercussions of the past few weeks will be with the U.S. government for a while. And with that hope of November 2001 long consigned to Afghanistan’s history and heartbreak, Farhadi has advice for his country’s once and newest rulers.

“Keep a sharp eye on corruption. Create a level playing field for corruption free business. Let the women join the workforce; it will help households boost their finances. Call on the diaspora to come back, invest and help build the country. Avoid driving the country into isolation. It is the people who will end up paying the price of sanctions.” 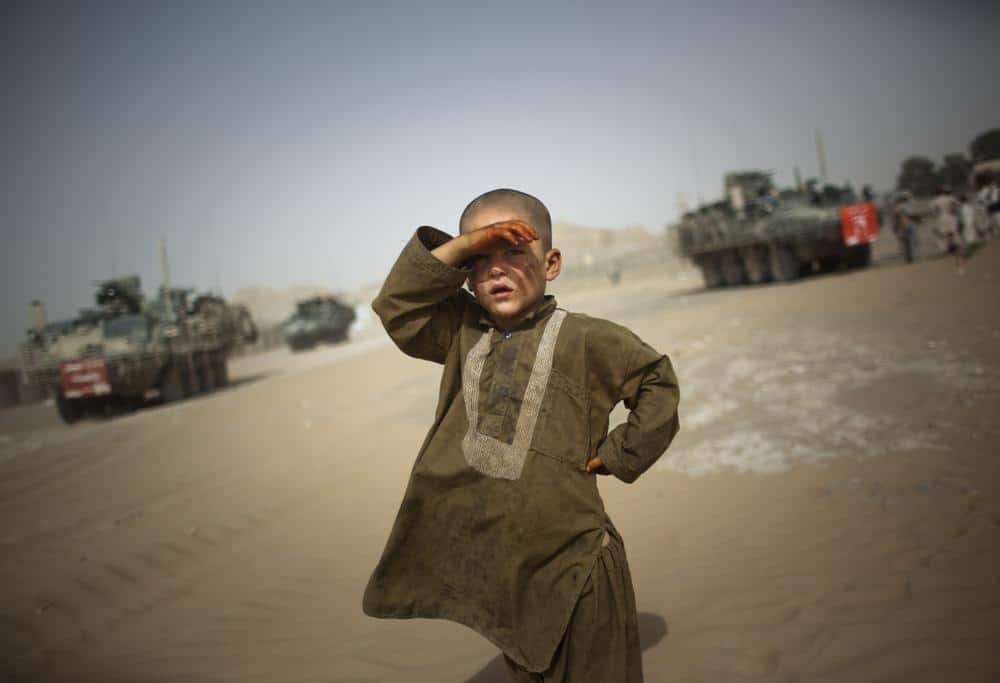 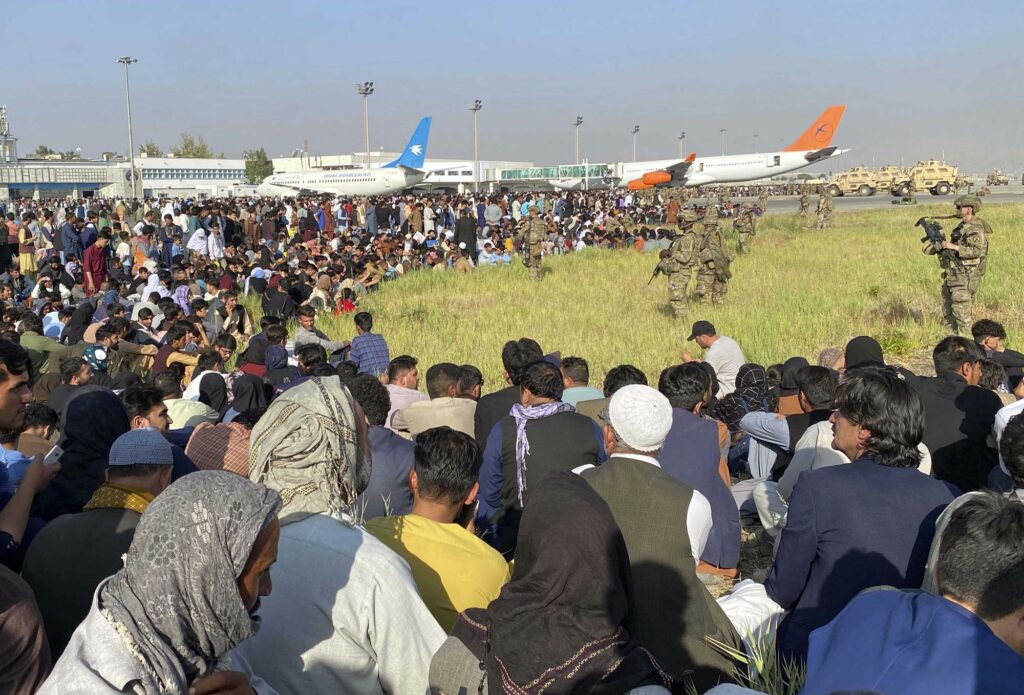 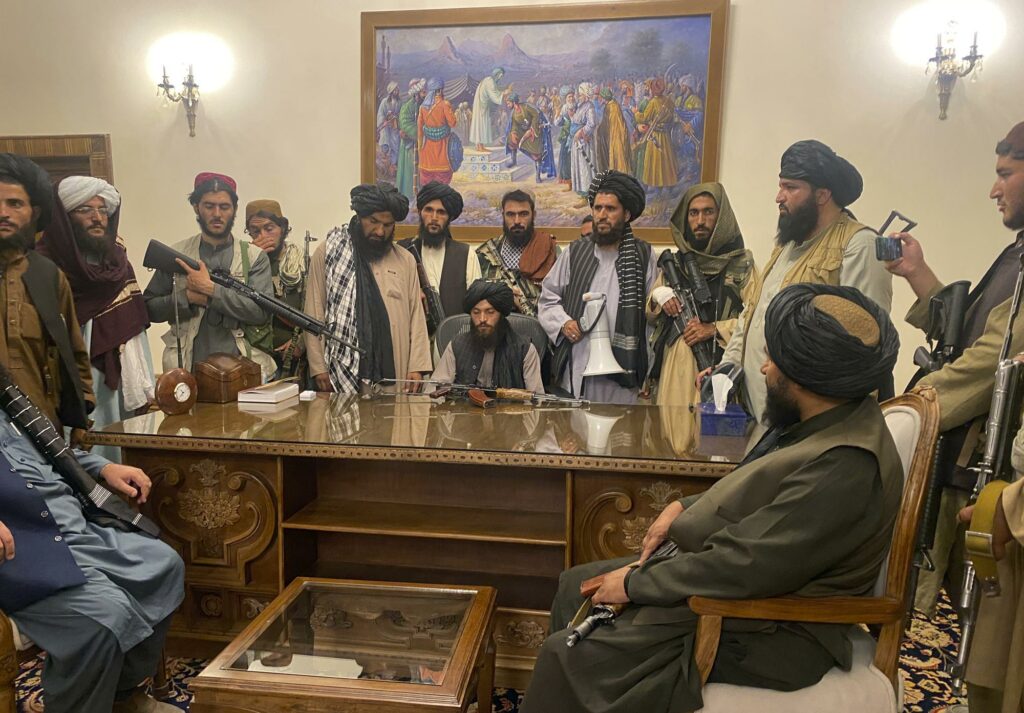 Indigenous people in Latin America: a history of neglect and violence