Accompanied by advisors and supporters, the ultra-conservative Ahmadinejad headed to the headquarters of the interior ministry to formally submit his candidacy ahead of the elections on 18 June.

If disqualified, as he was in 2017, those responsible for this decision would have to “answer” to “millions of people” across the country who have asked him to run for president, Ahmadinejad said.

In a video posted to his Instagram account, the former president said he would boycott the elections if his candidacy is rejected again.

Ahmadinejad, who ruled the country between 2005 and 2013, denounced the “very tough” economic and political situation in the country, and condemned the government’s mismanagement that has discouraged people from voting.

“Lies, organized corruption and hypocrisy. The religious, political and economic aristocracy have let the people down,” he said.

Ahmadinejad’s plans to run the 2017 elections – in which current president Hassan Rouhani won a second term – sparked controversy as it went against the advice of Iran’s supreme leader Ayatollah Ali Khamenei.

The Council of Guardians, a body made up of six clergymen and six conservative jurists, vetoed his candidacy for the presidency in 2017, an outcome that could play out again this year.

Since Ahmadinejad left the presidency in 2013, several of his main allies have been accused of corruption and imprisoned, while the former president has harshly criticized the judiciary. 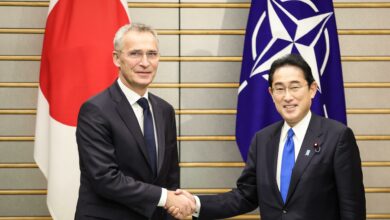