New Delhi, Apr 21 (efe-epa).- Rights group Amnesty International on Tuesday urged the Indian government to stop intimidating journalists after a camerawoman and a reporter from Kashmir were booked for allegedly spreading fake news.

Police in the troubled region on Monday said they were investigating freelance photojournalist Masrat Zahra, who has contributed to various global publications, and Peerzada Ashiq, a correspondent with The Hindu, a national newspaper.

Zahra was booked under the Unlawful Activities (Prevention) Act, which allows the government to designate individuals as terrorists and empowers India’s National Investigation Agency to investigate the cases as terrorism offenses.

Avinash Kumar, head of Amnesty International India, said the investigations against the journalists signaled that the authorities were attempting to “curb the right to freedom of expression.”

“Harassment and intimidation of journalists through draconian laws such as UAPA threatens the efforts to address the COVID-19 pandemic and creates an atmosphere of fear and reprisal,” Kumar said in a statement.

He said the government “must not muzzle the press and immediately drop all charges against (the) journalists.”

The controversy erupted on the same day when the global media watchdog, Reporters Without Borders, said India had dropped two spots on the 2020 World Press Freedom Index and was now ranked 142 in a list of 180 countries.

The police summoned Zahra for questioning on Tuesday.

“I met the concerned police officials of the case and answered their questions regarding the investigation, I have not been arrested and the investigation is going. Thanks all for the support,” Zahra tweeted.

Police named her in a case of sharing “anti-national” posts on Facebook and other social media.

Her posts, according to a police statement, were potentially provocative to “disturb the law and order besides glorifying the anti-national activities”.

A cursory look at Zahra’s recent social media feeds indicates she had posted pictures of families of militants and victims of violence in Kashmir. Her more recent work also focused on coronavirus related issues in the region.

The newspaper reported that the police had described Ashiq’s report as fake and likely to cause fear in the minds of people as it was published without seeking confirmation from the authorities.

A portion of the article had said that family members of the slain militants were being allowed to exhume their bodies.

The Hindu said the report quoted a close relative of a slain militant but “contrary to what he conveyed to the reporter, no permission for exhumation of the bodies had been given.”

The Kashmir Press Club (KPC) and the Kashmir Working Journalist Association (KWJA) have demanded that the police withdraw the charges against the two scribes.

Amnesty said it was not the first time the government had targeted journalists in Kashmir and Asif Sultan, an assistant editor of a local English language magazine Kashmir Narrator, has been in jail since Aug. 27, 2018. 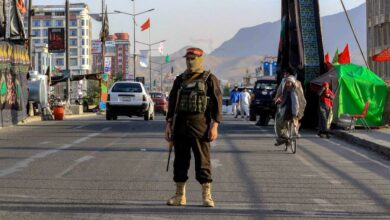