Tunisia, Oct 16  (efe-epa).- It may sound like something straight out of a science fiction novel but insects have already become part of the fight against climate change, food insecurity and waste as well as offering a business opportunity that is attracting a growing number of investors.

French-Tunisian start-up nextProtein makes protein powder from fly larvae for use in animal feed and fertilizers, providing a sustainable alternative to staple products like soybean and wheat.

Syrine Chaalala, a former consultant with the United Nations Food and Agriculture Organization, and her husband Mohamed Gastli, a chemical engineer, launched the company “from scratch” in 2014.

Chaalala was inspired to pursue the venture during an FAO trip to Madagascar when she saw farmers stand by helplessly as their crops were devoured by swarms of locusts.

Shortly after the couple decided to carry out tests in her parents’ garage, cultivating black soldier flies in plastic containers.

The species, hermetia illucens, was specifically chosen due the fact it is found in every corner of the planet, does not spread zoonotic diseases and has a short lifespan of between 10-18 days.

The industrial-scale farm, located in Grombalia, some 40 kilometers (24 miles) south of the capital Tunis, operates with a zero-waste ethos.

Each female fly produces a minimum of 1,000 eggs on average and once the maggots have hatched, a week-long process of fattening them up begins. In that short space of time they grow from two millimeters to two centimeters in length. 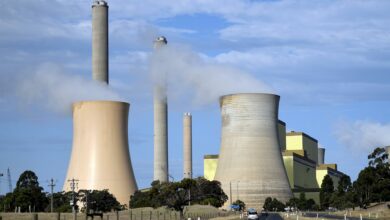