King George Island, Chile, Apr 24 (efe-epa).- Every year, the Chilean Antarctic Institute (INACH) organises the Antarctic Scientific Expedition (ECA in Spanish) to the White Continent, a journey to the southern tip of the world where teams of scientists and researchers spend months digging archaeological sites and carefully monitoring the effects of climate change.

The latest expedition, the 56th organised by INACH, saw around 505 people arriving in last July, with the last groups closing bases by late March 2020 as the depths of winter set in in the southern hemisphere.

While it is known as the White Continent, things in Antarctica are changing.

At the northernmost tip of the Chilean Antarctic Territory, it did not snow for the whole month of January, and its characteristic white hue has started to recede, revealing a greyish-brown scenery of earth and rock as the ice retreats to glacial areas.

At the start of February, an Argentinian base logged a balmy 18.3 degrees Celsius, the highest temperature ever recorded at this latitude.

These and other findings illustrate the importance of the research being carried out over the summer months during these annual expeditions.

Despite the climate crisis and global warming, scientific fieldwork remains a cold and strenuous job – with long hours in freezing temperatures taking samples or trekking across ice fields.

Some complement their studies with boat trips at night or by spending long hours in the base laboratory.

As extravagant and far-flung as the projects may seem, the results of these investigations remain important to everyone’s way of life.

Antarctic research, in all its forms, is fundamental to understanding the impact of climate change.

For her ongoing research, Chilean ecophysiologist Angelica Casanova studied how organisms adapt to their environment by examining the effects of climate and nutrients on the physiological processes in plants.

The team of Mauricio Landaeta, Manuel Castillo and Javier Vera-Duarte studied the coupling of the early life of Antarctic fish to the changing environment produced by a warming ocean.

A faster pace of glacial melting is pouring more fresh water into the sea.

The resulting decrease in salinity, combined with higher temperatures, is producing changes in the composition of the phytoplankton or microalgae, which are the base of various aquatic food webs and provide nourishment for a range of sea creatures including whales, shrimp, snails, jellyfish and krill.

Krill plays a critical role in the food chain of whales, seals and penguins, Antarctica’s most iconic natives. If it retreats to colder seas, the animals will likely follow, altering the White Continent’s fragile ecosystem.

Chilean researchers Lisette Zenteno, Alonso Ferrer and Fernanda Vargas studied local fish specimens in relation to pollution and how the presence of humans on the continent, which has introduced contaminants to animals that can only thrive in very specific conditions, is affecting individual and entire populations of endemic fish species.

The entire Antarctic peninsula has lost significant ice mass due to the greenhouse gas effect. 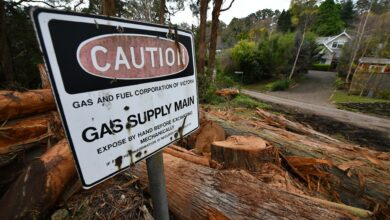