Buenos Aires, Dec 28 (efe-epa).- Hundreds of anti-abortion demonstrators gathered on Monday at Plaza de Mayo in Buenos Aires to protest against a bill to legalize abortion.

Senate lawmakers will debate and vote on the bill on Tuesday.

Standing on a platform a few meters from the Buenos Aires Metropolitan Cathedral, the demonstrators asked the Argentine senators to vote against the law to defend what they call “the two lives” – of the mother and the fetus.

Waving Argentinian and blue flags, the self-proclaimed “pro-vida” (pro-life) groups gathered just a few hundred meters from the Casa Rosada, the seat of the government, which has proposed the bill.

Both supporters and opponents of the bill are expected to gather on Tuesday outside the congress building.

The bill, which was approved by the lower house on Dec.11, now needs to be passed in the senate with a simple majority to become law.

On this occasion, the vote is expected to be even closer than that in the congress.

Senators, who have not yet revealed how they will vote, could tip the balance to the side of the so-called “green” camp, which is pro-abortion, or “blue” side, the color chosen by the conglomerate of groups opposing the bill.

For years, feminist groups have campaigned for the right to legal, safe and free abortion and although bills to legalize abortions were presented on several occasions, it was not until 2018 that it was first debated in parliament.

This time, unlike others, the bill has been promoted by the government and not by a civilian organization, as had happened two years ago.

If approved it would be a victory for the ruling party even though abortion has sparked differences within the main political groups.

If the bill becomes law this time around, free, safe and legal abortions will be allowed during the first 14 weeks of gestation and must be performed by medical workers within 10 days of a woman’s request to terminate the pregnancy.

Girls under 13 would be able to undergo the procedure if they provide their informed consent and have the support of at least one of their parents or a legal representative.

The bill would allow health professionals to conscientiously opt out of performing an abortion, although in those cases they must steer the patient to another professional without delay.

Under current law, dating back to 1921, abortions can only be legally performed in cases of rape or risk to a woman’s life or health. EFE-EPA 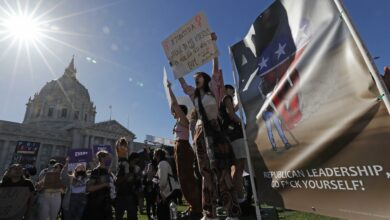 Another migrant caravan gets under way in southern Mexico