Beirut, Apr 12 (EFE).- At least one person was killed and seven others injured in an explosion near the Lebanese southern port city of Sidon, a military official said on Tuesday.

A military source, who spoke on condition of anonymity, told Efe the blast ripped through two conjoined buildings adjacent to the town hall in the Bnaafoul district of Sidon.

Rescue teams were searching through the rubble of the buildings, which housed the offices of the Shiite Amal Movement, an ally of the Hezbollah group.

It is suspected that the blast was caused by an electrical issue that caused a fire, but it hasn’t been confirmed yet.

A third building was also damaged in the explosion, according to Lebanon’s National News Agency NNA.

The incident comes just one month before the Lebanese parliamentary elections.

In October, seven people died amid clashes in the Lebanese capital during a protest organized by Amal and Hezbollah to demand the removal of the judge in charge of the judicial investigation into the Beirut blast, which left more than 200 dead in August 2020. EFE 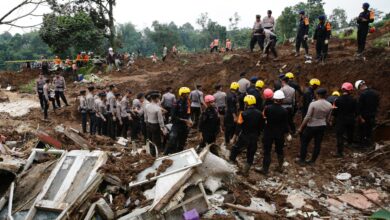