Bangkok, Oct 11 (efe-epa).- At least 20 people have been killed and another 30 were injured after a train collided with a bus on Sunday morning, emergency service personnel told Efe.

Rescue operations were ongoing on Sunday to retrieve several bodies that are trapped in the wreckage.

The accident happened at around 9:20 am local time at Khlong Kwaeng Klan station in  Chachoengsao Province, about 50 kilometers east of the capital city Bangkok, when a train crashed into a bus carrying 60 factory workers who were heading to a ceremony at a temple to mark the end of Buddhist lent.

According to local newspaper Bang Pakong News, there is no barrier at the level crossing, and the bus driver failed to react to the train’s warning horn.

One member of the rescue teams at the site told Efe that two hours after the accident, emergency workers had still been unable to remove most of the bodies that are trapped among the mangled wreckage of the bus.

Footage from the scene shows the bus – with its roof torn open and the whole front section smashed – lying on its side across the tracks.

Heavy construction vehicles have been deployed to try to lift the vehicle off the railway lines.

The death toll is expected to rise as more bodies are recovered.

The bus driver has been confirmed as among the fatalities.

Fatal accidents such as this are relatively common in Thailand, although the vast majority of deadly crashes involve the road’s most vulnerable users – pedestrians and motorcyclists. 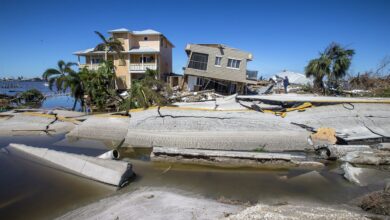