Kabul, May 4 (EFE).- At least 22 people have been killed and 30 wounded in Afghanistan due to flash floods triggered by the torrential rain which has been lashing the country in recent days.

“The recent rains caused 22 deaths, 30 wounded, and a number of animals, hundreds of homes and several hectares of agriculture land getting destroyed,” the spokesperson of the disaster management ministry, Mahammad Nasim Haqqani, told EFE

Since the past weekend, Afghanistan has been witnessing torrential rains which have led to flash floods, mainly in the northern and northwestern parts of the country, resulting in multiple casualties and causing widespread damage to infrastructure and houses.

As the weather situation keeps evolving, the Afghan meteorological department on Wednesday warned of more heavy rains in 27 provinces, which can cause fresh floods, with just seven provinces being out of the high-risk area.

Afghanistan is a mountainous country which often witnesses floods, especially due to the heavy rains that take place during the monsoon period between June and September, causing significant human and material losses every year.

In July 2021, heavy rains in eastern Afghanistan killed at least 200 people as a village was swept away in an area which was under the control of the Taliban insurgents, who eventually seized the capital Kabul a few weeks later.

In 2014, the country witnessed one of its worst natural disasters when a landslide triggered by rain killed more than 2,000 people in the northeast, a remote area which often witnesses natural disasters and lacks necessary infrastructure. EFE 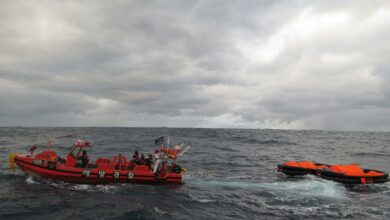