Bangkok, Nov 16 (EFE).- At least three Chinese nationals have been killed during an alleged airstrike carried out by Myanmar’s military junta against a mining complex controlled by rebels in the country’s southeast, local media reported on Wednesday.

News website The Irrawaddy said that this is the first time that the Myanmar military’s attacks have affected citizens of China, one of the few countries that maintains a running relationship with the junta that seized power in a coup in February 2021.

The incident took place in the early hours of Wednesday in an area close to the city of Payathonzu in the Kayin state, bordering Thailand and controlled by the Karen National Liberation Army, another outlet Khit Thit Media said.

Around 10 people were killed in the strike, which flattened the mining campsite – with several buildings completely destroyed and cars gutted – as seen in photos released by the media on social networks.

The rebels said that 10 people had been killed and 15 injured, according to a statement published by Khit Thit Media.

The victims include Chinese citizens who had been working at the mine, which is jointly run by Burmese and Chinese businessmen.

On Oct. 23, an aerial bombing by the Myanmar military against a festival organized by the rebel group Kachin Independence Organization had killed between 50 to 80 people in the northern part of the country, marking the deadliest airstrike since the coup.

The coup on Feb. 1, 2021 triggered a deep political, social and economic crisis in Myanmar and kicked off a spiral of violence that resulted in new civilian militias and aggravated the ethnic separatist violence that has raged on in the country for decades.

At least 2,463 people have been killed since the coup by the security forces, which have at times shot to kill peaceful and unarmed protesters, according to the nonprofit Assistance Association of Political Prisoners. EFE 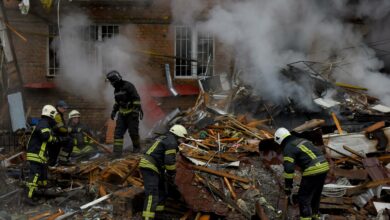