Ho Chi Minh City, Vietnam, Oct 29 (efe-epa).- At least 31 people have died and dozens remain missing as a result of the onslaught of Typhoon Molave, the most powerful to hit Vietnam in the last two decades, authorities said Thursday.

Search and rescue efforts are focused on Tra Leng commune in the central province of Quang Nam, where about 48 people were feared trapped in a landslide on Wednesday afternoon.

Eight people among the 48 have been found dead so far, VNExpress news reported Thursday.

The difficulty in accessing the area was complicating the operation during a day registering heavy rainfall and under the threat of new landslides.

Another landslide, in Tra Van commune, some 20 kilometers south of the former, killed seven people and one remains missing, according to the latest count by the authorities.

The typhoon made landfall in Quang Nam around midday local time (5:00 GMT Thursday) and headed to the northwest of the country, causing the destruction of hundreds of houses and the deaths of two people who fell from roofs as they tried to prepare for the arrival of Molave, Vietnam News reported.

In the neighboring province of Gia Lai, a man was killed when a wall of the house in which he had taken refuge collapsed on him.

State television reported that Sea Rescue has recovered the bodies of 12 fishermen after their boat sank as they tried to return to shore to avoid the typhoon.

The Vietnamese Navy is working in the area where the ship is believed to have wrecked in search of another 14 missing sailors.

More than 500,000 people are sheltering in evacuation centers prepared before the arrival of Molave, which had already left 16 dead and four missing as it passed through the Philippines.

The provinces affected by the typhoon have been suffering after three consecutive storms in a month (Molave is the fourth), in which floods and avalanches had already caused 130 deaths and 20 missing.

The International Federation of the Red Cross warned Wednesday that more than 1.2 million homes had been destroyed by floods in central Vietnam before the arrival of Typhoon Molave, which lost strength Wednesday afternoon until become a tropical depression on its way to Laos. EFE-EPA 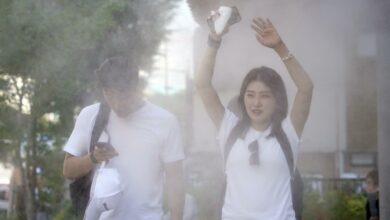 Almost 15,000 people rushed to hospitals in a week amid Japan heatwave 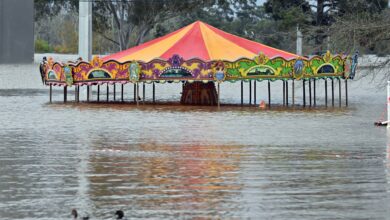 Australia orders thousands to evacuate due to flooding in Sydney