Lagos, May 29 (EFE).- At least 76 bodies have been recovered from the Niger River after an overloaded boat capsized in Kebbi state, northwestern Nigeria, local authorities told Efe Saturday.

“Emergency services have so far recovered 76 bodies from the river,” Alhaji Abdullahi Buhari, chairman of the local government of Ngaski, the district where the accident occurred, confirmed to Efe, noting that 22 people had been rescued alive.

“There are still many people missing and emergency services are working tirelessly to possibly recover more bodies,” he added.

The boat capsized on its way to the town of Wara (Kebbi) from Lokon Minna in neighboring Niger state because it was overloaded with more than 160 people and sandbags for a gold mine.

According to Buhari, the boat has a capacity of 80 people.

In a statement, the press service of the Kebbi state governor, Abubakar Bagudu, said that they will take the necessary measures to avoid another similar tragedy and that they will review existing laws to protect the lives and property of passengers on boats.

The incident occurred after at least 28 people died and 65 were rescued after a boat capsized on May 8 in Niger state.

Capsizing boats are frequent on Nigeria’s waterways due to overloading and lack of maintenance, especially in the rainy season. EFE 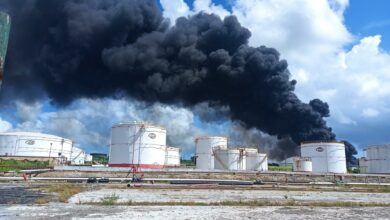