Venice, Italy, Sep 6 (EFE).- French-Lebanese director Audrey Diwan has caused a stir with her immersive and visceral adaptation of L’événement, a novel through which writer Annie Ernaux narrates her own secret abortion back in the 1960s.

The film puts the viewer in the shoes of the protagonist – played by the French-Romanian actress Anamaria Vartolomei – while stressing the political dimension of the original novel.

“When I read the book, I was struck by the distance between the words ‘clandestine abortion’ and the violent reality of the process,” Diwan, screenwriter, writer and journalist, said at a press conference.

“That is why I regarded this film as a journey where the viewer does not look at the character but becomes her, trying to overcome the variables of the time and gender,” she added.

The story takes place in 1963, when abortion was illegal in France, as the protagonist finds out she is pregnant whilst she studies Philology in the northern French city of Rouen.

She knows she does not want to have her baby, because that would ruin her dreams to leave her working-class origins behind to become a writer.

The protagonist had to go through the process alone, as her boyfriend, friends and doctors refused to challenge the law, resulting in a painful experience Diwan wanted to highlight.

The director and the actresses have emphasized the theme is still relevant today, not only because abortion is banned in some countries, but also because it is a battle that is never fully won even where it is allowed. EFE 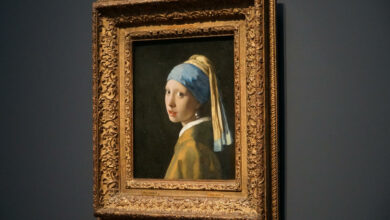