Sydney, Australia, June 19 (efe-epa).- The Australian government announced Friday that it was the ongoing target of a widespread ‘sophisticated, state-based’ cyber attack.

“This activity is targeting Australian organizations across a range of sectors including all levels of government, industry, political organizations, education, health, essential service providers and operators of other critical infrastructure,” Prime Minister Scott Morrison said.

“We know it is a state-based sophisticated cyber actor because of the scale and nature of the targeting and the trade craft used,” Morrison said.

So far, there has not been any “large-scale” data breaches during the “malicious” attacks, he said, but did not say when they happened.

Morrison said he had spoken about the matter Friday “to raise awareness of this important issue, to encourage organizations, particularly those in health, critical infrastructure and essential services, to take expert advice and implement technical defenses to thwart this malicious cyber activity.”

Although the Australian government sidestepped naming the foreign country involved in the attack, media and experts have mostly pointed to China, with Russia and Iran as other suspects.

“There aren’t too many state-based actors who have those capabilities,” Morrison said when asked about the possible country behind the attacks.

Beijing had come under suspicion in the February 2019 cyber attack on the Australian parliament along with other governmental institutions and universities before the country’s general elections.

The bilateral relationship has deteriorated due to issues such as the militarization of the Asian giant or the approval in Australia of laws against foreign interference and espionage after uncovering Chinese donations to political parties and cyber attacks on state agencies and universities attributed to Beijing.

In the past month, Beijing has imposed import tariffs on products from Australia, including beef and barley, and urged its students to reconsider their study trips to the country due to alleged incidents of discrimination against Asians.

Canberra has demanded an independent investigation into the origin of COVID-19, which allegedly surfaced in a market of a Chinese city of Wuhan. EFE-EPA 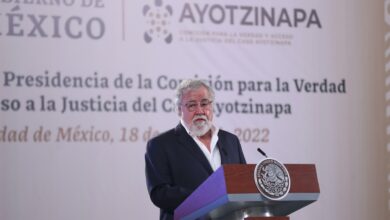