Sydney, Australia, Aug 1 (EFE).- Australia is likely to face a gas shortage in 2023, according to a report published Monday by country’s competition regulator, which urged the government to intervene in the export market to avoid “significant risk” to energy security.

The Australian Competition and Consumer Commission (ACCC) report indicated that although “Australia is a country with relatively abundant gas resources,” its east coast, where more than half of the population lives, is likely to experience a 56 petajoule shortfall in supply in 2023.

This figure, which would mean the highest shortfall since 2017 and is equivalent to around 10 percent of domestic demand, “is a significant deterioration in conditions relative to the 2022 forecast” when a shortage of 2 PJ was calculated, said the report.

The ACCC expressed concern about liquefied natural gas (LNG) exporters controlling almost 90 percent of the proven and probable (2P) reserves on the east coast of the country in 2021.

“This highlights the effective control that the LNG exporters have over the supply and development of gas in the east coast, as well as competition in the domestic market,” it said.

The regulator urged the government to activate the Australian Domestic Gas Security Mechanism, an emergency legal device that allows the minister of resources to intervene in the market and limit exports to ensure domestic supply.

“Our latest gas report finds that the outlook for the east coast gas market has significantly worsened,” ACCC chair Gina Cass-Gottlieb said in a statement.

The east coast is forecast to produce some 1,981 PJ of gas in 2023, of which 65.6 percent will be exported under existing long-term contracts, according to ACCC.

LNG exporters are expected to produce 167 PJ above what is required by their contractual commitments, it added. EFE 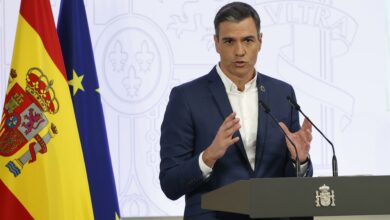