Sydney, Australia, Jul 30 (efe-epa).- Australia has promised to meet 16 new objectives to close the inequality gap that separates the Aboriginal and Torres Strait Islanders and the rest of its population, the country’s prime minister announced Thursday.

The agreement of the federal government, as well as the states and territories, which includes the participation of indigenous communities, comes after the failure of a similar plan implemented in 2008, when the then-Labor leader Kevin Rudd apologized for injustices.

Admitting mistakes in implementing the objectives of the former “Closing the Gap” strategy, Morrison told journalists in Canberra that “we told indigenous Australians what the gap was that we were going to close — and somehow thought they should be thankful for that.”

“That was wrong-headed. That wasn’t the way to do it,” he said.

Included in the 16 new targets are reducing the rate of incarceration of indigenous people, including youth, by at least 15 percent, and the “over-representation” rate of children in out-of-home care by 45 percent, by 2031.

The targets were unveiled after attorneys general in all Australian jurisdictions decided to maintain the minimum age of criminal responsibility at 10 years, despite the fact that in many countries around the world it is 14.

The announcement also comes after a series of protests by the Black Lives Matter movement over the more than 430 deaths of indigenous people in Australian prisons since 1991, the latest occurring this week.

This year’s “Closing the Gap” report indicated that only two of the seven goals outlined were met in the area of ??preschool and high school education.

Australia is in a process of reconciliation for the damage perpetrated against the indigenous people who came to the territory more than 50,000 years ago and have suffered mistreatment and systematic discrimination, as well as the appropriation of their ancestral lands, since British colonization in the 18th century.

Between the years 1910 and 1970 the White Australia policy was imposed, resulting in the removal of about 100,000 minors from their indigenous families to be cared for by white families or institutions, now called the Stolen Generations, survivors and descendants of which still suffer deep trauma. EFE-EPA 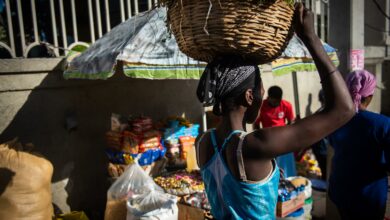