The Australian Cyber Security Strategy 2020 aims to create new capabilities and protect both its citizens and private companies against an increasing number of cyber attacks, which cost the country some AU$29 billion annually.

As part of this strategy, the government also plans to empower security and intelligence agencies to fight in the “dark web” and detect criminals operating in that space.

“This is a power that enables the Australian federal police and the Australian Criminal Intelligence Commission to help stop pedophile networks online, for example, operating in the dark on encrypted devices,” Home Affairs Minister Peter Dutton said at a press conference in Canberra alongside Prime Minister Scott Morrison.

The Australian Cyber Security Center responded to some 2,200 cyber attacks in the last 12 months, although the COVID-19 pandemic is expected to increase online activity and therefore also attacks.

“It’s about Australia, it’s about protecting Australia and Australians from wherever potential threats come and – in – and whatever form those threats may take,” said Morrison, who did not want to link this strategy with the alleged threats posed by China.

In June, Australia suffered a massive cyber attack backed by a foreign country, which was not publicly identified, although in the past China has been the target of suspicion for attacks on parliament in February 2019, before the general election, as well as on other government and university institutions.

The bilateral relationship has deteriorated due to issues such as a proposal by Australia for a “transparent” investigation into the origin of the novel coronavirus and the approval in Australia of laws against foreign interference and espionage after uncovering Chinese donations to political parties.

The Australian government has also blocked Chinese companies, Huawei and ZTE, from providing equipment for the country’s fifth generation (5G) network citing security reasons, as well as from the purchase of land deemed strategic. EFE-EPA 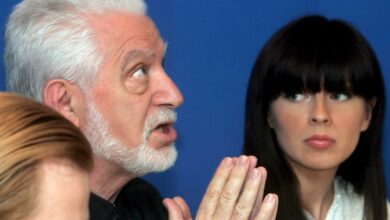