Sydney, Australia, Nov 23 (EFE).- Australia’s temperature has increased by an average of 1.47 degrees Celsius since record keeping began in 1910, close to the limit set by the Paris Agreement, according to a government report released on Wednesday that warns that extreme climate changes are occurring at a faster rate.

The latest biannual State of the Climate report, the seventh released by national science agency CSIRO and the Bureau of Meteorology, indicates that the eight years between 2013 and 2020 were the among the warmest 10 years on record for Australia, with 2019 being the country’s hottest year.

The document notes that the average global concentration of carbon dioxide was 414.4 parts per million (ppm) in 2021, the highest level on Earth in at least two million years.

“The concentrations of greenhouse gases in the atmosphere are continuing to rise, and this is causing Australia’s climate to warm,” the director of CSIRO’s Climate Science Centre, Jaci Brown, said in a statement.

The report also points out that the average sea surface temperature in the Australian region has risen by 1.05 degrees Celsius since 1900 and says that there has been an increase in sea level and acidification and warming of the oceans around the Oceania country.

“We’re seeing mass coral bleaching events more often, and this year, for the first time, we’ve seen a mass coral bleaching on the Great Barrier Reef during a La Niña year,” Brown said, referring to the weather phenomenon that contributes to more rainfall and a decrease in temperatures in the country.

Scientists also expect heavy rainfall such as that caused by La Niña, which is hitting Australia for the third year in a row, to intensify, along with extreme heat and snow melt.

In a statement on Wednesday, Minister for the Environment and Water Tanya Plibersek said that the report “reinforces the urgent need for climate action.”

“The government is acting on climate change. We believe the science. We’ve already legislated our 43 percent emissions reduction target and are investing in transforming our energy systems,” she added.

The Labor Party, which came to power in May, has promised to turn Australia into a renewable energy powerhouse and has raised its target to cut carbon emissions by 43 percent by 2030 – from the 26-28 percent set by the previous Conservative government – and reach net zero emissions by 2050. EFE

Kenyan entrepreneurs come to the rescue of plastic-choked rivers 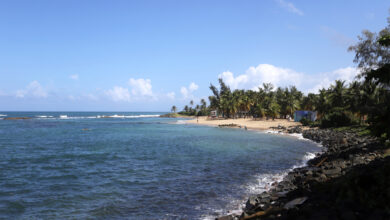