“The Baltic states have reached an agreement to significantly limit (with some exceptions) border crossings for citizens of the Russian Federation who have EU Schengen visas. Decisions will be made by national governments according to national procedures, and will enter into force at the same time,” he tweeted.

Rinkevics’ statement came while attending a meeting of Baltic and Nordic foreign ministers in Lithuania’s second largest city Kaunas and was confirmed by local media and television reports.

While the Baltic countries have stopped issuing tourist visas and most other permits to visit their countries since Russia’s invasion of Ukraine or shortly thereafter, Russian citizens with visas from any of 22 Schengen-area countries can freely travel in the entire zone.

Russians and Belarusians, also restricted because of their country’s support for the war against Ukraine, basically have a back door to the Baltics through Schengen members that are less restrictive of travel by citizens of Russia and Belarus.

Banning Russians and Belarusians from any of the Baltic countries, while a coordinated action, should not be seen as an “international agreement,” Estonian Foreign Minister Urmas Reinsalu told Lithuanian media. He was apparently hinting that such a formal agreement could violate the principle of free travel within the Schengen area.

However, the Baltic countries and other Schengen members, acting on a strictly national level, at times closed their borders to almost all travel during the height of the pandemic, citing health and national security concerns.

The Baltic countries will now draft, coordinate and simultaneously announce a ban on travel by all Schengen visa holders with a small number of humanitarian and commercial exceptions. Lithuanian Foreign Minister Gabrielius Landsbergis told journalists in Kaunas that this could be done in as little as a few days.

According to media reports, it had been hoped that Finland and Poland would joint the Baltic in a near complete ban on Russians, but both countries seem to have had reservations about going beyond the recently announced joint European Union tightening of visa requirements for Russian citizens, including a much higher fee and examination of visa applications for up to 45 days instead of 10-15 days as was previously the case.

Finland’s Foreign Minister Pekka Haavisto said that he is waiting for clarification from the European Commission on whether the country can deny entry to Russians who have Schengen visas from another country, according to media reports. 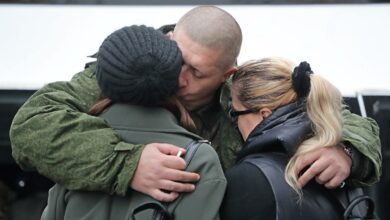