Dhaka, Mar 31 (efe-epa).- Bangladesh Wednesday began transferring over 4,000 Rohingya refugees to a remote island in the Bay of Bengal in the sixth phase of their relocation from congested Cox’s Bazar camps.

The group will join over 13,000 Rohingyas already living on the island after their relocation in the first five phases of the program.

“We are moving over, 4,000 refugees to Bhasan Char in this phase. Some, 2,500 of them already left their camp Tuesday. The rest will leave Cox’s Bazar today,” Bangladesh Refugee Relief and Repatriation Commissioner Shah Rezwan Hayat told EFE.

Hayat said only those were relocated who had enlisted their names previously before a fire destroyed thousands of shelters in the refugee camp.

A massive fire in Rohingya camp on Mar.22 left at least 15 dead and destroyed 10,000 shelters, affecting over 45,000 refugees, a United Nations estimate said.

The Bangladesh authorities began transferring the refugees in December despite concerns from international rights groups over conditions on the previously uninhabited flood-prone island.

However, officials have defended the move to decongest the overcrowded camps in Cox’s Bazar.

Bangladesh first announced in 2017 its plan to relocate 100,000 Rohingyas to the 40-square km (15 square miles) island of Bhasan Char in the Bay of Bengal.

The authorities had put the plan on hold after the UN expressed doubts about the project.

A UN delegation of 18 experts from different agencies engaged in the Rohingya refugee response in Bangladesh completed its first visit to Bhasan Char from Mar.17-20.

Bangladesh officials facilitated the visit to the island, according to Louise Donovan, a UNHCR spokesperson based in Cox’s Bazar.

“The United Nations is grateful to the government of Bangladesh for its facilitation of the visit and looks forward to continuing dialog,” Donovan told EFE.

The International Federation of Red Cross and Red Crescent Societies (IFRC), in a statement Monday, said its representatives made an independent visit to the island.

The IFRC has appealed for international support to maintain humanitarian services for the refugees.

Nearly 738,000 Rohingya refugees live in camps in Bangladesh since Aug.25, 2017, following a wave of persecution and military crackdown in neighboring Myanmar that the UN described as a textbook example of ethnic cleansing and possible genocide.

Two attempts to start their repatriation failed as the Rohingyas refused to go back until guaranteed citizenship and security in their homeland.

The military coup in Myanmar on Feb.1 has cast fresh doubts about their possible repatriation soon. EFE-EPA 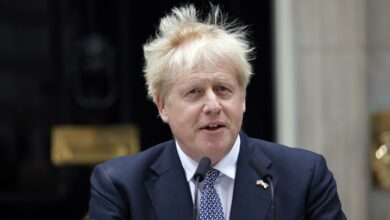