Wang Yi warned Secretary of State Antony Blinken that some US officials “advocated a long-term and fierce competition with China, which is likely to evolve into a full-scale confrontation.”

The Chinese foreign minister referred to the US’ Indo-Pacific strategy announced by the White House this month and which warns of “mounting challenges, particularly from the PRC” (People’s Republic of China).

“The PRC is combining its economic, diplomatic, military, and technological might as it pursues a sphere of influence in the Indo-Pacific and seeks to become the world’s most influential power,” the document said.

The US also said it would “work with partners inside and outside of the region to maintain peace and stability in the Taiwan Strait, including by supporting Taiwan’s self-defense capabilities.”

Wang said the inclusion of “Taiwan to control China” in its strategy “is obviously sending a wrong signal of containment and containment against China.”

The top Chinese diplomat urged the US to “take concrete actions” that reflect “the series of commitments” made by its president, Joe Biden.

A few days before the 50th anniversary of the Shanghai Communiqué, in which Washington recognized — but did not endorse — the One China principle, according to which there is only one Chinese government, Wang explained that the document “still has strong practical significance” for China-US ties.

The ministry added that Blinken assured Wang that the US “does not seek to engage in a new Cold War, does not seek to change China’s system, opposes ‘Taiwan independence,’ and has no intention of confronting China.”

In a press release on the call between Blinken and Wang, the US state department said that the two officials spoke about “developments in the DPRK (North Korea) and Russia’s aggression against Ukraine,” issues to which the Chinese foreign ministry did not refer to.

Blinken “underscored the need to preserve Ukraine’s sovereignty and territorial integrity,” according to the statement.

On Saturday, Wang accused “certain major countries” of reviving the Cold War mentality in the context of tensions around Ukraine and reiterated China’s position that all countries’ sovereignty, independence and territorial integrity should be respected and safeguarded, a principle to which Ukraine is no exception, he added. EFE 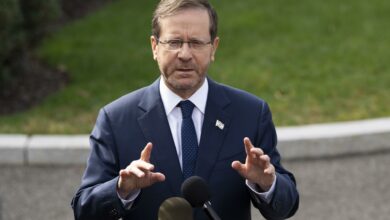