Sports Desk, Apr 3 (EFE).- Although Tottenham’s Sunday home match against Newcastle took a while to get going, it accelerated at the start of the second period and turned into a 5-1 goalfest for the hosts that jumped them back into the No. 4 spot on the Premier League table opening up a chance to secure a spot in Champion’s League play.

Although Fabian Schar got the visitors on the board first at Tottenham Hotspur Stadium on a free kick, Ben Davies quickly notched the equalizer before the break on a pass from South Korea’s Heung-Min Son.

Then, after the intermission, things heated up with Matt Doherty beating Newcastle goaltender Martin Dubravka after a centering pass from Harry Kane, Son scoring on a great shot in the 54th minute after getting a feed from Dejan Kulusevski, and Emerson Royal hitting for the team’s fourth tally nine minutes later on a pass from Doherty.

Finally, seven minutes before regulation time, Holland’s Steven Bergwijn put “paid” on the account with the Spurs’ fifth goal on a pass from Lucas Moura.

Newcastle now has three consecutive losses, but is sitting in the middle of the table and seems in little danger of relegation.

Antonio Conte’s Tottenham, meanwhile, is back in fourth place for the moment, tied with Arsenal with 54 points, while Manchester City is on top of the heap with 73, with Liverpool nipping at their heels with 72 and Chelsea in third with 59 points. 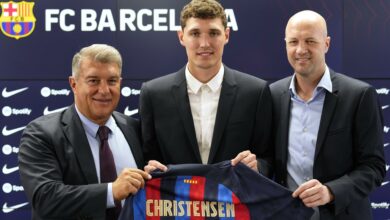