New Delhi, Sep 23 (EFE).- Bhutan reopened its borders to international travelers on Friday after remaining closed for nearly two and a half years due to the Covid-19 pandemic.

The announcement comes with a series of measures including raising the daily visitation fees by almost triple to recover the losses caused by the pandemic in the tourism sector.

“It is truly auspicious that our nation observes a significant milestone today, the reopening of our border gates after almost two and half years of the pandemic,” tweeted Bhutan Prime Minister Lotay Tshering.

Another post by Tshering on his Facebook page said that the officials “are all set to welcome our valued visitors” at the borders “adorned with spirituality and prayers.”

Earlier this week, the prime minister had said that people entering Bhutan would not require to undergo a PCR, but would need to have been fully vaccinated.

The reopening comes with a package of measures aimed at recovering the losses caused by the Covid-19 shutdown, such as increasing the price of the Sustainable Development Fee (SDF) by around three times.

Foreign visitors will now have to pay $200 a day compared to $65 before the pandemic during their stay in the country, known for its famous Buddhist monasteries and national parks.

The increase in SDF was announced in July by the Tourism Council of Bhutan as part of its transformation for greater focus on sustainability through its so called “High value, low volume” policy to avoid mass tourism.

The isolated and mountainous kingdom with population of hardly 800,000 people has always been cautious against a large volume of visitors to avoid an adverse impact on its ecology and culture.

However, following the outbreak of the pandemic in March 2020, after the first case being detected in a United States citizen, Bhutan shutdown its borders.

The tourism sector also suffered an 88 percent drop in revenues in 2020 as a result of measures against Covid-19, according to Tourism Council of Bhutan data. EFE

From diet of the downtrodden to haute cuisine: African cooking in Panama 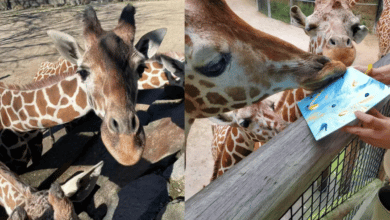