Washington, Jan 16 (efe-epa).- Joe Biden plans to sign a raft of executive orders in his first 10 days as president of the United States, the future White House chief of staff said Saturday.

“President-elect Biden will take action – not just to reverse the gravest damages of the Trump administration – but also to start moving our country forward,” Ron Klain said in a memo to incoming White House advisers.

The measures, according to the document, are intended to deal with “four overlapping and compounding crises” facing the country as Biden prepares to succeed Donald Trump on Jan. 20: Covid-19; the economic damage from the pandemic; climate change; and the issues of racial equity raised by the Black Lives Matter movement.

“In his first 10 days in office, President-elect Biden will take decisive action to address these four crises, prevent other urgent and irreversible harms, and restore America’s place in the world,” Klain wrote.

The US death toll from coronavirus is expected to reach 400,000 by the time Biden is sworn-in, while the number of confirmed cases stands at 23.6 million.

Following the inauguration, set for 12.00 pm Wednesday, the new president will issue executive orders to undo Trump’s strict limitations on entry to the US by citizens of some Muslim nations and to require the wearing of masks on federal property and for interstate travel via train, bus and commercial airliner.

Biden also intends to reinstate US adherence to the 2015 Paris Accord on climate.

On Thursday, Biden will put his name to pandemic-related measures aimed at making it possible for schools and businesses to reopen. The next day, Jan. 22, the president will direct agencies to “take immediate action to deliver economic relief to working families bearing the brunt” of the coronavirus crisis, according to the memo.

Besides steps Biden can take via executive action, the plan includes initiatives requiring approval from lawmakers, such as a proposal for comprehensive immigration reform that will be sent to Congress on Wednesday.

One element of the reform will be creating a path to citizenship for undocumented immigrants who were brought to the US as children, a cohort known as “Dreamers.”

President Barack Obama, who Biden served as vice president, instituted a program to protect the Dreamers from deportation, Deferred Action for Childhood Arrivals (DACA), that allowed some 700,000 undocumented young people to pursue employment and educational opportunities in the US with at least a degree of security.

Trump, however, has sought to shut down DACA and only the intervention of federal courts has kept the program alive.

While Congress considers the proposal for a thorough overhaul of the immigration system, Biden will use executive orders to end Trump’s “zero tolerance” approach to enforcement on the border that led to the separation of thousands of children from their parents.

Along with putting a halt to zero tolerance, the new administration will work to expedite efforts to reunite migrant families, Klain said.

Biden will work to convince Congress to pass the $1.9 trillion pandemic relief package he presented earlier this week, as well as bills on criminal justice reform and voting rights, the document said. EFE 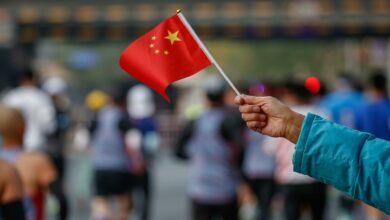