From 1991 to 2020, the freshwater area in Brazil decreased from 19.7 million hectares to 16.6 million hectares, representing a 15.7% drop. It is an area equivalent to the size of Belgium.

MapBiomas researchers collected the data from satellite images between 1985 and 2020.

Brazil accounts for 12% of the planet’s freshwater reserves and 53% of South America’s water resources.

But with climate change, deforestation and the construction of hydroelectric dams among other human activities, Brazil is drying up and water loss has been detected in 8 of its 12 hydrographic regions.

The biggest loss has been recorded in the Pantanal region, the world’s largest tropical wetland, which has reduced by an alarming 77%.

The wetland, recognized as a UNESCO World Heritage site for its vast flora and fauna biodiversity, extends through Brazil, Bolivia and Paraguay.

The rainforest’s Negro River recorded the highest loss of water surface area with a 22% reduction.EFE 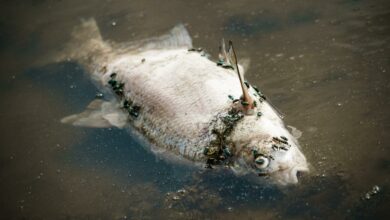 Summit rush on K2 turns ‘Savage Mountain’ into another Everest