Beirut, Jun 16 (efe-epa).- The US Administration is to implement new sanctions on Syria starting Wednesday as part of the so-called “Caesar Act,” a step to further isolate the regime of Bashar Assad.

The US move comes amid one of the worst economic crises the Arab country has seen since the ongoing war broke out in 2011.

Six months after being approved by the US Senate, the Department of the Treasury is to reveal a new list of individuals and institutions sanctioned by an act named after a Syrian military deserter who managed to compile a document 50,000 images showing torture inside Assad’s prisons.

According to Mike Pompeo, US secretary of state, the sanctions will target both Syrian and international supporters of the Assad regime deemed complicit in human rights abuses.

Omar al-Shogre, the director of detainee affairs at the Syrian Emergency Task Force, a US organization that helped draft the bill, told Efe the aim of the package is to isolate “the Syrian regime and its allies.”

According to al-Shogre, who lives as a refugee in Sweden, it will attempt to cut off support from external forces — a reference to Iran and Russia, two of Assad’s principal backers — as well as Syrian companies dealing with the Lebanese, Emirati and Chinese governments.

“One of the important things in the Caesar Act is it forbids the reconstruction in Syria before the regime releases the detainees (…) not letting a lot of companies and countries invest millions of dollars (…) that is going to be used to build prisons, to take people to prisons to buy weapons to kill those people,” he said.

The new wave of sanctions comes as Assad’s regime focuses its attention on rebuilding the country. After nine bloody years of war, Assad has reversed the tide against the rebels and retaken most of the territory.

Syria has already been sanctioned by the United States and the European Union over the “repression of civilians” during a vicious conflict that has left hundreds of thousands dead and created millions of refugees.

Anna Borshchevskaya, a Senior Fellow at The Washington Institute, told Efe that, despite the sanctions act targeting Moscow and Tehran’s interests in Syria, “Russia will continue to pursue their goals.”

However, she acknowledged that the “sanctions may create additional complications for those interested in doing business with the regime and of course this won’t make Russia happy.”

The expert in Russia’s Middle East policies said that “years of previous sanctions against Assad hadn’t changed the behavior” of Russia in Syria.

“Sanctions can be effective only when they are only one tool within a bigger strategy” she added.

As well as Russia and Iran, other countries like China and the United Arab Emirates, which has recently drifted closer to Assad, have shown willingness to lend a hand in the reconstruction of the country.

Syria’s foreign ministry described the act as “economic terrorism” and a “blatant violation of the most basic human rights and international laws” just as citizens are being hit by the local currency’s plunge in value, which has led to an increase in prices across the country.

“The bill goes after the people that are millionaires right now in Damascus… it punishes them for the economic disaster they have created,” he said.

He stressed that there will not be sanctions on medicine, food or humanitarian aid. 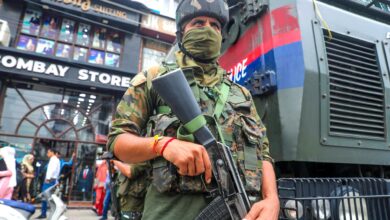 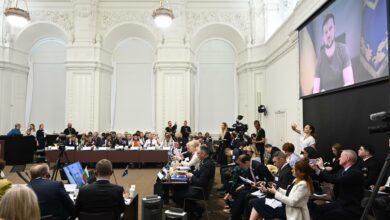