The Cambodian vaccination rate is higher than that of its neighbors.

On his Facebook page, Prime Minister Hun Sen Sunday said asked health officials to speed up the campaign in the country, which depends on the COVAX vaccine program of the World Health Organization.

“I would like to thank all citizens, doctors and authorities for their participation in the vaccination process,” Hun Sen said in his message.

Cambodia, one of the countries least affected by Covid-19 in Southeast Asia, reported 438 new cases and 11 more deaths on Sunday.

The figures brought the cumulative total to 92,208 infections and 1,881 deaths since the pandemic began last year.

The highly contagious delta variant of the virus has triggered infections in Southeast Asia, with more than 22,500 cases registered on Saturday in Malaysia, 19,400 in the Philippines, 17,900 in Thailand, 12,100 in Vietnam, and 10,000 in Indonesia.

Except for Singapore and Malaysia, the vaccination rate is also slow in the region, with 16.3 percent of the population vaccinated in the Philippines, 12.3 percent in Indonesia, 9.4 percent in Thailand, and 2 .3 percent in Vietnam, the portal “Our World in Data” showed.

Southeast Asia has turned into a major focus of Covid-19 due to the delta variant of the virus.

Before the highly infectious variant hit the region, it was one of the least affected by the pandemic. EFE 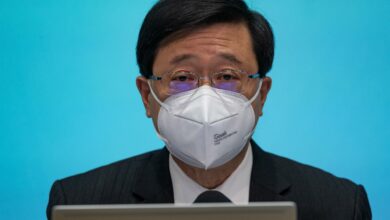 80,000 tourists stranded in Chinese city due to Covid-19 resurgence