Peñas Blancas, Nicaragua, May 20 (efe-epa).- While truckers in Europe are considered heroes in the coronavirus crisis for guaranteeing the supply of food, health and hygiene products, it is just the opposite in Central America.

At least that’s the feeling of hundreds of truckers who have been trapped in a 24-kilometer-long queue on the Nicaraguan side of the border with Costa Rica since last Friday.

One of them is Guatemalan Milton Fajardo, a trucker who transports merchandise from Mexico, and who along with other colleagues is stranded at the Peñas Blancas border post after Costa Rica restricted the entry and movement of foreign cargo carriers to Costa Rican territory to avoid coronavirus contagion.

Fajardo and his friends try to light a fire with wood soaked by the rain to prepare some fish from the Great Lake of Nicaragua, while they wait for news on whether to continue with the load or return.

“We are surviving. We are doing what we can,” said Fajardo, who explained that they are buying food, although it is not enough and even worse not knowing how long they will remain immobile.

“We are doing what we can with what we brought and we continue waiting,” he said.

In those 24 kilometers of queue, countless street vendors have also arrived to offer food, water for bathing and drinking, sweets, appliances and even mobile phone SIM cards.

The path of these trucks remains blocked after Costa Rica prevented the entry of 50 cargo carriers who tested positive for COVID-19, most of them on the border with Nicaragua, since May 8.

In addition, there are 11 Nicaraguan drivers with coronavirus that have been prohibited re-entry by Nicaragua and are receiving medical attention in Costa Rica, according to Costa Rican Health Minister Daniel Salas.

Central American truck drivers are aware of the danger of the novel coronavirus and know they are one of the most vulnerable sectors to the virus.

Gustavo Adolfo Arguijo is a Honduran trucker who, in addition to wearing a face mask, carries an antibacterial product that is constantly sprayed on his hands and other parts of the body, following recommendations of Honduran authorities.

“In El Salvador, Guatemala and Honduras we have taken this disease seriously. The only one that has not taken the corresponding measures has been Nicaragua,” said Arguijo.

He criticizes that while other Central American countries were in quarantine, in Nicaragua beach parties were organized, among other events, and that these activities, sooner or later, were going to take their toll.

In addition, he said that truckers could be exposed to contagion at any place or border point, where until now they only get their temperature checked, in some cases by authorities who do not use masks.

As truckers, he said, they are willing to go through the rapid test to diagnose COVID-19, with nose or throat swabs, because they are aware that the other test has a higher cost and so far Costa Rica is assuming it.

“It is a very high cost for Costa Rica due to the number of carriers that enter the country,” he said.

As a solution, Costa Rica has called for the development of a regional protocol of biosafety measures for efficient trade, to protect cargo carriers and modify the preventive measures it has imposed at borders.

The mass of truckers, who are invaded by ‘chayules’, a tiny flying insect abundant in the basin of the Great Lake of Nicaragua, do not know what the authorities of Costa Rica will decide with the other countries of the region. 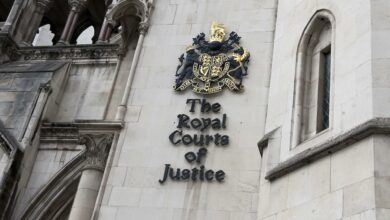 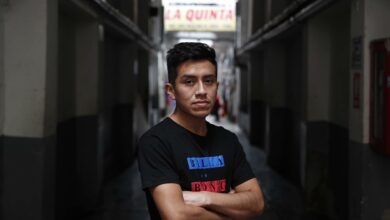