Beijing, Nov 17 (EFE).- A Chinese court has jailed a teacher for allegedly molesting a 10-year-old schoolgirl and barred him for life from any occupation that has close contact with minors

A Beijing school had hired the convict, surnamed Wang, for extracurricular activities.

Police detained Wang in March after a complaint by relatives of the victim.

A municipal court in the capital sentenced him this week.

According to local media, it is the first case in China in which a teacher, who sexually assaulted a minor, is banned for life from jobs that have close contact with children.

According to new guidelines published last week and enacted on Tuesday, teachers and faculty members who commit crimes of sexual assault, abuse, human trafficking, and violent injury should be banned from any occupation related to minors.

The 10-point guideline, issued by the Chinese judicial authorities, aims to “strengthen the protection of minors.” EFE 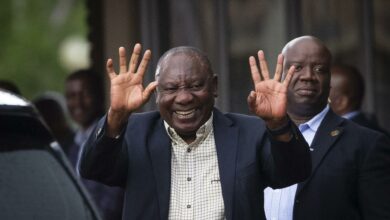 Ramaphosa’s party to decide his future after corruption accusations