Lhasa, China, Oct 23 (efe-epa).- China will lift 5 million people who still live below the poverty line above the threshold before the end of the year, Chinese Poverty Reduction Office Deputy Director Hou Yongjian said recently in an interview with EFE during a government-organized trip to Tibet.

If the living conditions of those 5 million who live in the most isolated areas are improved, China will have managed to lift some 850 million people out of poverty – more than half of its population – since 1979, when it began the process of opening up and reforming.

The task has been “very tough,” but it has been achieved thanks to the involvement of the Chinese population at all levels, Hou said.

QUESTION: How much is left to complete the program and in what areas?

ANSWER: There are 52 counties in seven provinces in the west and southwest of the country that have not yet escaped poverty, representing 5 million people. These are the most complicated cases, in rural areas with difficult access, but we have to achieve it and we are going to do it before the end of 2020. This year, due to the pandemic, we have lost almost six months of work (…) but we are determined to achieve it.

Q: It is said that China uses a lower poverty threshold than that of organizations like the World Bank. Is that so?

Q: How much has China invested in the program so far?

Q: By the end of 2020, how many people will have been lifted out of poverty in China since the start of the project?

A: Since 2012, the year in which the XVIII Congress of the Chinese Communist Party (CCP) set the goal of ending poverty by 2020 involving all sectors of society, 93.8 million people have left poverty and there remain 5 million. Previously, since 1978, some 750 million had passed the threshold. The total would be about 850 million people.

Q: How many people have been relocated?

A: Since 2012, 9.6 million people across the country. The relocation is complete. There are still people who need to be relocated to prevent natural disasters, for ecological preservation reasons or to help people who live in high altitude areas with a short life expectancy.

About 90 million have escaped poverty by staying in their homes, where infrastructure, resources, access to education, health or drinking water have been improved, in addition to making their homes safer. Some have been renovated and in many cases have had to be demolished and new ones built. Renovating your houses does not by itself improve your living conditions.

Other measures include developing new industries and applying technologies to improve crops. New types of vegetables and plants have been introduced and also given training courses to give them better vocational skills.

A: Yes, they were voluntary everywhere. We asked them if they wanted to do it of their own free will and we signed a contract with them to confirm that they agreed, that they wanted to move and be relocated.

Q: And have the labor transfer policies been voluntary as well?

A: The transfer of workforces has been done, for the most part, based on your own wishes. Many who found good jobs in the big cities told their friends and family to go there. In addition, the Government has subsidized travel. 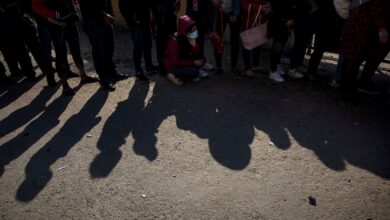 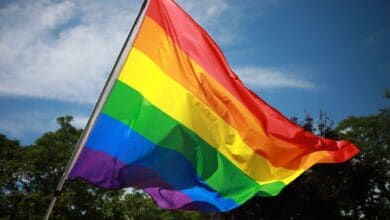