“I was infected with extremism. That is why I decided to go to a training center,” Akhat told EFE.

At the center of controversy, Xinjiang has been the reason why the European Union agreed to impose sanctions on China for the first time in more than 30 years.

Reports from the Australian Strategic Policy Institute (ASPI) and controversial German researcher Adrian Zenz claim China is locking up more than 1 million people in a bid to fight extremism in the country’s northwestern region, where the Muslim Uyghur minority group live.

China, however, firmly denies the allegations and says people voluntarily went to those re-educational centers aimed at “re-radicalizing extremists,” adding they were shut in October 2019 after they fulfilled their purpose.

After he spent a year in a training center in Aksu in southern Xinjiang, Akhat has gone back to smoking cigarettes and drinking alcohol.

“I was influenced for about a month after my colleagues showed me videos of religious extremism and terrorism. I scolded my wife for not praying,” the 34-year-old said.

Akhat said he was convinced by his family to join a training center, where he learned “to have an open mind.”

“I was not religious but I was easily manipulated by those videos that taught me about extremism and terrorism. At the center, they gave me good food. We had classes five days a week and we were allowed to go home on the weekends,” says Akhat, who lives with his wife in a garden house he inherited from his parents in Aksu.

Xinjiang saw numerous terror attacks, mostly related to Islamic extremism, in 1992 which increased between 2009 and 2014.

The government of the autonomous region refuses to reveal the total number of the attacks’ victims, but it is estimated that some 1,000 people died and 2,000 others were injured between 1992 and 2017.

In response, China reinforced security measures. It increased the presence of security forces on streets and installed surveillance, as well as other advanced technologies.

It also set up the so-called “vocational education and training centers,” whose existence China denied for months before legalizing them.

Authorities have not provided data on the criteria for choosing those who would join these camps or their total numbers; however, they said they were people “at risk of radicalization.”

In 2014, some Xinjiang counties distributed leaflets to residents listing “75 forms of religious extremism.”

Among the signs were praying in public places, rejecting state education, trying to convince someone to stop smoking or drinking for religious reasons, growing long beards, or boycotting normal commercial activities, not in accordance with Islam.

“China is not a Muslim country. All religious activities must be conducted in the places designated for it, according to the regulations of the Chinese and regional governments,” Xu Guixiang, Xinjiang government spokesperson, told.

A few years ago, some “illegal underground teaching sites of Islam were also used to spread extremist ideas and activities” in the region, according to the official. EFE 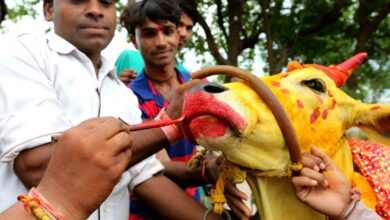 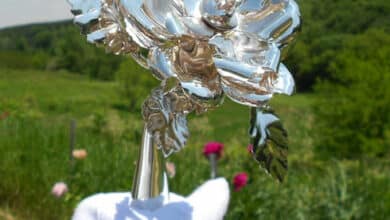