Sydney, Australia, May 27 (EFE).- Chinese-Australian writer Yang Hengjun, who has been detained in China since 2019, said in a letter that he has “no fear” ahead of his closed-door espionage trial that begins in Beijing on Thursday.

Yang, a former Chinese foreign ministry official, was formally charged with espionage in October, according to his lawyer, after being detained for 26 months in an unknown location “without fresh air or sunshine.”

“There is nothing more liberating than having one’s worst fears realized. I have no fear now. I will never compromise,” said the 56-year-old writer and pro-democracy activist in a letter, Australian media reported.

Yang’s trial will be held at the No. 2 Intermediate People’s Court, where he faces a potential death sentence if convicted of espionage, a charge leveled against him by the Chinese authorities who provided no further details.

His supporters say that the Chinese authorities are persecuting Yang for his pro-democracy activism.

“The values and beliefs which we shared, and which I shared with my readers, are something bigger than myself,” Yang adds. “If the worst comes to the worst, if someone wants to take revenge on me for my writings, please explain to the people inside China what I did, and the significance of my writing to people in China.”

Yang’s legal defense team say that the Chinese authorities have tortured him and he has reportedly been subjected to about 300 rounds of interrogation, while Beijing claims that it is ensuring his rights and has warned Australia to respect its judicial sovereignty.

Last week, Australian Foreign Minister Marise Payne said in a statement that “despite repeated requests by Australian officials, Chinese authorities have not provided any explanation or evidence for the charges facing Dr Yang.”

“Since his detention, Dr Yang has had no access to his family, and limited, delayed access to his legal representation,” Payne added, explaining that Canberra has conveyed to China “the concerns we have about Dr Yang’s treatment and the lack of procedural fairness in how his case has been managed.”

She urged the Chinese authorities to allow Australian officials, who have been unable to provide adequate consular assistance to Yang, to attend his trial.

Yang, who was born in China and later became an Australian citizen, had been living with his family in New York when in early 2019, he was arrested in the Chinese city of Guangzhou during a layover on his way to Australia. 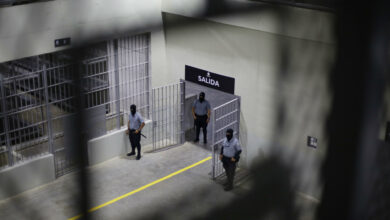