London/Lisbon, Feb 14 (EFE).- Still in the search for their first Champions League title, Manchester City kick off their knockout stage campaign on Tuesday with a trip to Lisbon for a clash against Sporting, a team that on paper should not cause the English powerhouse too much trouble.

City head to the Portuguese capital on a 12-Premier League match-winning streak that has helped them take a nine-point advantage over their closest domestic rival, Liverpool.

Their dominance is a result of a solid defense — having conceded just two goals in five games — combined with a strong attacking force, which is joint-top in terms of goals scored with Liverpool.

There is, however, room for improvement and in City’s case that would be their Champions League away games, having lost two out of three round-robin matches they played outside the Etihad stadium.

Lisbon would be a good place to reverse this dynamic.

City’s rivals Sporting were held to a 2-2 draw against their local nemesis Porto in a game that saw five players sent off in a brawl this weekend. EFE 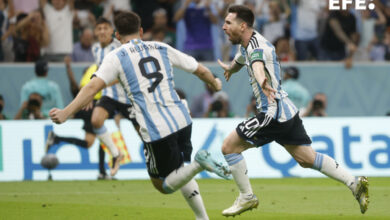