Bogota, Aug 23 (EFE).- The vice president and foreign minister of Colombia, Marta Lucia Ramirez, said Monday that although it is not yet known how many Afghans will be arriving in the South American country to be housed temporarily until they can be transported to the United States or when they will arrive, the country is prepared to welcome them.

“At this time we’re not certain about the precise number of the Afghans that are going to arrive in our country, and we also don’t know precisely when (they will arrive) or what their profiles are, how many men, how many women, how many families, whether they’ll arrive with children…” Ramirez told the media.

She said that “we’ve been preparing … to assure ourselves that all the logistics are going to be ready for the moment when they advise us of the arrival of these people.”

Colombian President Ivan Duque confirmed last Friday that his country would temporarily house and “offer support for those Afghan nationals to the United States, who provided help to them for years” adding that US authorities were in the process of “making a registry, an immigration transfer” to the US.

Five government ministries are working on coordinating the arrival of the Afghans so that they may follow the biosecurity protocols and to ensure, among other things, that those who arrive will have been vaccinated against Covid-19 when they land in Colombia, if they have not been (immunized) already.

“In the situation of the status of these people, it’s going to be humanitarian permission of a temporary nature, which will not even require a visa,” said the foreign minister, adding that “they are people who are in transit to the United States while they are being given visas as refugees.”

Colombia is working to set up the sites where the Afghans will be housed so that “they can be comfortable” during their stay, which is being paid for by the US, and the government expects that they will all be able to remain together in the same city, “possibly Bogota.”

The mayors of Barranquilla and Cali, as well as the mayor of Bogota, have opened their cities’ doors to welcome the Afghans who arrive.

“We have to know how many people are arriving because … we need for this vulnerable population coming from Afghanistan to arrive at a site where they feel welcome, where they can get settled down, where they can put their lives in order once again,” Ramirez emphasized.

The Taliban took control of Kabul on Aug. 15 after their fighters entered the city without encountering any resistance from Afghan forces and with almost all the country’s provinces under their control, a situation that spurred then-Afghan President Ashraf Ghani to flee the country.

The US began the final withdrawal of its troops from Afghanistan in May and now, with the advance and the takeover by the Taliban, Washington has found itself obligated to accelerate the evacuation of Americans who were still in the Central Asian country, along with US allies, including translators, local workers and other nationals who collaborated with the US mission there.

Colombia is not the only Latin American country that will temporarily welcome Afghans, as US State Department spokesman Ned Price explained on Friday, saying that several nations are ready to provide shelter to “at risk” Afghans.

Among the Latin American countries that Price announced were willing to take in Afghans, besides Colombia, are Mexico, Chile and Costa Rica, while the nations of Albania, Canada, Kosovo, Macedonia, Mexico, Poland, Qatar, Rwanda, Ukraine and Uganda have also said they will be willing to accept some of refugees.

In addition, Price said that several countries in recent hours had agreed to allow US military flights carrying evacuees from Afghanistan to make refueling stops in their territory, including Denmark, Germany, Italy, Qatar and the United Kingdom, among others. 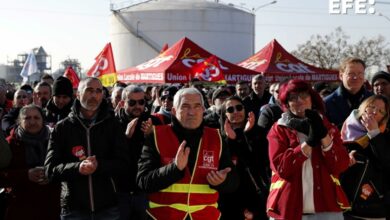