Bamako, Dec 28 (EFE).- Mali’s political parties and civil society actors on Tuesday began a four-day consultation in Bamako to decide on a potential extension of the transitional period and the postponement of the elections set for February.

The meetings will determine the length of the transition and set the date of the next elections with a detailed and precise calendar, transitional president, Colonel Assimi Goita said.

The transitional government said on several occasions that the country will not be able to hold the elections in February, the date agreed with the Economic Community of West African States (ECOWAS), he added.

“Since 2012, Mali has been immersed in a multidimensional crisis that has deteriorated security and caused the collapse of the state, the malfunction of institutions and the erosion of social cohesion,” he said. EFE 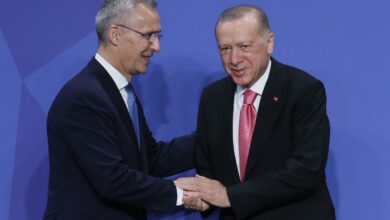 Turkey to seek extradition of 33 terror suspects from Finland, Sweden