He would remain in detention at least until Dec. 31 to prevent him from fabricating or destroying evidence.

Rizieq, who was greeted by thousands of supporters on his return to Jakarta from a self-imposed exile in Saudi Arabia on Nov. 10, is facing charges of breaching coronavirus restrictions during a massive religious event and at his daughter’s wedding.

The arrest comes a few days after the security forces shot dead six of Rizieq’s followers who, according to the police version, confronted the officials and threatened them with firearms and other sharp weapons.

Rizieq, 55, left for Saudi Arabia in April 2017 while the police were investigating sexually explicit messages the cleric had allegedly exchanged with a follower on the WhatsApp messaging app.

When Rizieq failed to appear before the authorities, the police filed formal charges against him for violating Indonesia’s anti-pornography laws as well as founding principles, Pancasila, which promote national unity and respect for religious differences.

However, the charges were dropped in mid-2018, paving the way for the preacher’s return.

A defender of Islamic Sharia law and opposed to secularism, Rizieq was jailed for seven months in 2003 for encouraging his followers of the Islamic Defenders’ Front to attack nightclubs in Jakarta. EFE-EPA 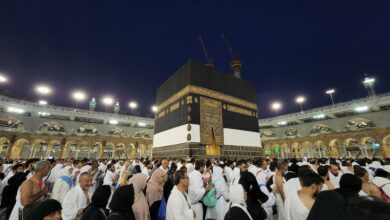 Venezuelans flock to coastal town for festival of John the Baptist