Havana, Jun 13 (EFE).- The post on Facebook of a Cuban mother complaining about the price of electricity and the problems she has trying to buy clothes and food for her children has unleashed a wave of controversy on the island, quickly garnering support, as well as criticism and condemnation.

The video posted by Amelia Calzadilla on Monday sparked a digital firestorm with repercussions in the real world. At the root of her comments, the young Havana mother was called to a meeting at the government headquarters in her town of El Cerro, and several groups called for the public to turn out to support her.

Upon leaving the meeting, which lasted more than two-and-a-half hours, Calzadilla preferred not to make any comments to the international media who were awaiting her, surrounded by curious members of the public and plainclothes State Security agents, saying that she would comment further in another post on the social networks.

“Nobody questioned me. This was a meeting,” she said on Facebook a few hours later in a post in which she added that she had the chance to present her problems to municipal authorities, especially the costs of natural gas for her home.

She also said that the criticism she has received in recent days doesn’t matter to her and expressed her “gratitude” to everyone who had demonstrated support for her.

Her emotional nine-minute-long Facebook message, during which she complained about the lack of gas in her home, power blackouts, the increase in consumer prices, the scarcities in stores, the problems buying basic goods with cash and other matters, spread rapidly among many Cubans and riled them up given that they admitted that they are having the same problems.

“Cuban mother, who gets up each morning like I do, worried that they’re going to cut off your electricity, who doesn’t know where you’re going to get food for your kids in the afternoon when they get home from school … I ask you: How much more are you going to take? Because I’m not taking any more,” she said.

The post, along the lines of others she’s been making for months, gathered together common complaints about the main symptoms of Cuba’s economic crisis, exacerbated by the coronavirus pandemic, the US embargo against Cuba and Havana’s failures in macroeconomic management. But they also contain criticisms of the political class.

“I’m blaming those who lead, the ones on top,” said Calzadilla, who mentioned Energy and Mines Minister Nicolas Livan, President Miguel Diaz-Canel and, in general, “the Revolution.”

“How long are the people going to continue paying for your comforts?” the woman with a degree in English and certification as a tourist guide asked.

The post went viral in just a few hours and was shared thousands of times on the social networks, and other Cuban mothers, sometimes with their children in their arms, also recorded videos expessing solidarity with Calzadilla.

The Miami-based Cuban exile media – who are critical of the island’s communist govrernment – quickly began discussing the complaints along with opposition figures and activists like Angel Moya, Martha Beatriz Roque, Saily Gonzalez and Salome Garcia Bacallao.

Simultaneously, several pro-government accounts – some of them anonymous – began criticizing and downplaying Calzadilla, casting doubt on her economic difficulties based on the furniture visible in her home in the video, her manicure and assorted other things that they suggested indicated that she was not as bad off as she had claimed.

Others claimed that she was financed by “counterrevolutionaries” in the United States or was simply seeking money from the Cuban exile community.

The state-run media also began criticizing Calzadilla, with the public Cubadebate Web site posting an op-ed saying that “Amelia’s viral video is a textbook example of what is called irritation management,” going on to say that her comments were not spontaneous and had been orchestrated by Cuban dissidents.

The young woman on the weekend created a second post, much calmer and carefully crafted, well aware of the phenomenon she had sparked. She said that she had abandoned the social networks, had rejected any aid that had been offered to her after her viral video and added that city authorities had quoted her on Monday in their own deliberations.

After that statement, the Youtube channel of an anonymous pro-governmental account called Guerrero Cubano announced that it would not open “the Pandora’s Box of the supposed suffering mother.”

“Why do that? Who is behind it and who’s paying for it? There’s proof for everything, including the relationship of the deed with the attacks on Cuba at the Summit of the Americas and to the anti-Cuban terrorist mafia,” and the account promised to reveal this proof shortly. 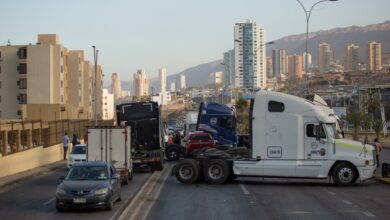 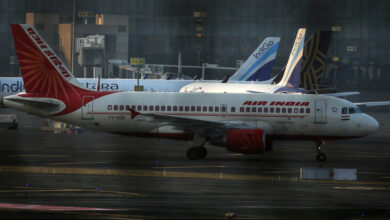