Manaus, Brazil, Jan 16 (efe-epa).- More than 1,000 people have been buried over the last seven days in this Amazon metropolis battered by coronavirus and the coroner’s office is making house calls to expedite the issuance of death certificates so families can lay deceased loved ones to rest.

A record 213 funerals took place in Manaus on Friday, 102 of them for victims of Covid-19.

Brazil is second only to the United States in coronavirus deaths, with more than 208,000, and the South American nation ranks third globally in the number confirmed cases – now approaching 8.4 million.

The second wave of the pandemic has overwhelmed the city’s hospitals, which have run out of beds and vital supplies such as oxygen.

More than 400 people were waiting Saturday for a hospital bed to become available.

One reflection of the collapse of the public health system is a 130 percent spike in the number of suspected coronavirus patients dying in their homes.

“This week there has been a very large increase in deaths at home. What happened before in an entire month, happens now in a week,” Arlindo França, director of the municipal office that issues death certificates, told Efe.

A significant portion of the home deaths are among poor families who can’t afford private health-care alternatives.

Most of those deaths take place after dark, often in the wee hours of the morning.

“Our service operates only from 08:00 (am) to 18:00 (6:00 pm) and because of the collapse, funeral homes are no longer collecting bodies at residences to handle the death certificate at hospitals,” França said.

On Friday, the team of pathologists organized by França’s department in collaboration with the medical examiner’s office visited 23 homes in the space of 10 hours.

The team asks family members to detail the symptoms they observed prior to death and takes blood samples for testing to confirm the suspicion that the person perished from Covid-19.

Once the death certificate is issued, the family can call a funeral home to collect the body, though only during daylight hours, as a 7:00 pm to 6:00 am curfew is in effect.

Staff at cemeteries in Manaus are as overburdened as the doctors and nurses in the city’s hospitals. It is not uncommon to see lines of funeral processions waiting at cemetery entrances.

Besides the fatalities caused by Covid-19, authorities say that a substantial number of recent deaths from other causes can be blamed on the pandemic-induced breakdown of the public health system. 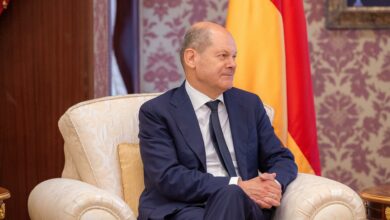