New Delhi, Feb 17 (efe-epa).- A court on Wednesday acquitted an Indian journalist of defamation in a high-profile case filed by an editor-turned-lawmaker, accused of sexual harassment by his former media colleagues.

Ramani was the first to accuse Akbar of alleged misconduct in an anti-sexual abuse drive against the veteran editor that spurred many more women to open up against the former journalist as part of the #MeToo campaign in India.

Akbar, a lawmaker in the upper house from Modi’s Bharatiya Janata Party (BJP), resigned as the junior minister in 2018, becoming the most powerful man to step down in the face of sexual abuse accusations in India.

He has all along denied the allegations as “false, derogatory and malicious” that had caused him “great humiliation” and damaged “his stellar reputation, which he had built over many years” as one of the most prominent journalist-editors in India.

On Wednesday, Judge Ravindra Kumar Pandey said the time had come “for our society to understand the sexual abuse and sexual harassment and its implications on victims.”

The judge said that society should understand that an abusive man could be a “well respected person of the society.”

He said sexual abuse victims stay tight-lipped for many reasons, such as “the shame or the social stigma attached with the sexual harassment and abuse.”

“The victim may keep believing that she is at fault and victim may live with that shame for years or for decades. Most of the women who suffer abuse do not speak up about it or against it for simple reasons,” said the judge.

He said women could not be punished for raising their voice against abuse on the pretext of criminal complaints of defamation.

The judge said the right of reputation cannot be protected at the cost of a woman’s right to life and dignity.

“A woman has a right to put her grievance at any platform of her choice and even after decades.”

He said it was shameful that the incidents of crime and violence against women were happening in the country where mega epics such as “Mahabarata” and “Ramayana” were written about respect for women.

“My victory will empower more women to speak up. This will make powerful men think twice before they drag other people to courts,” she said.

Ramani was the first to write about Akbar’s alleged inappropriate conduct with his female colleagues, calling him the “media’s biggest sexual predator.”

Ramani had written an open letter in 2017 in the Vogue magazine addressed to an unnamed “dear male boss” who “taught me my first workplace lesson (when) I was 23, you were 43.”

A year later, when the global #MeToo movement gained momentum in India, she revealed that the boss was none other than Akbar.

“You’re an expert on obscene phone calls, texts, inappropriate compliments and not taking no for an answer. You know how to pinch, pat, rub, grab and assault. Speaking up against you still carries a heavy price that many young women cannot afford to pay,” Ramani wrote in the article.

Akbar is known as one of the most influential journalists in India who founded many publications and has authored many nonfiction books. 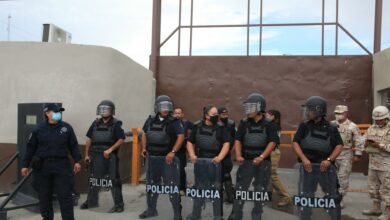 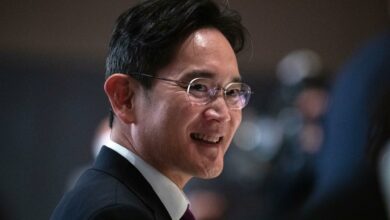