Bangkok, Apr 19 (efe-epa).- COVID-19 infections have continued to spread in the crowded dormitories for migrant workers in Singapore, these places accounting for a majority of the 596 new cases detected on Sunday.

According to the latest health ministry data, only 25 of the new cases involve Singaporeans or foreigners with permanent residence.

With this, the total number of cases of the novel coronavirus in the city-state has gone up to 6,588, the highest in Southeast Asia.

However, Singapore, with a total 5.6 million inhabitants, has also been carrying out the most amount of tests in the region.

Singapore was one of the first countries to detect COVID-19 outside China, and has been praised for efficiently managing the situation to contain the virus.

It acted swiftly to restrict connections with the most-affected countries and efficiently managed to track the movements of those infected with the help of technology.

Moreover, the authorities shut schools and entertainment venues, among other measures, leading World Health Organization to praise it as an example to be followed by other affected countries.

Compared to the relatively large number of confirmed cases for a small country, only 11 people have died so far due to the coronavirus, owing to its early detection mechanisms.

However, in the last two weeks there has been a surge in cases among foreign unskilled workers.

An estimated 200,000 migrant workers, mostly from the Indian subcontinent, remain confined to 43 bedrooms of which 17 have been identified as COVID-19 hotspots, and nine of them have been designated as isolation zones, where residents cannot even leave their rooms.

In many of these dormitories, located on the outskirts of the city, workers live in overcrowded and unhygienic conditions, according to reports by local media and human rights organizations. EFE-EPA 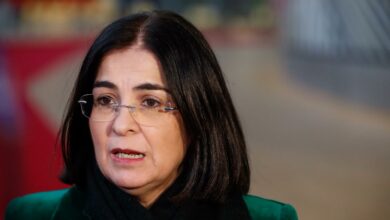