Miami, Oct 5 (EFE).- The Falcon 9 rocket carrying the Crew-5 mission into space, the fifth mission NASA is sending to the International Space Station on board SpaceX rockets, lifted off exactly at noon on Wednesday from Launch Pad 39A at the Kennedy Space Center in Cape Canaveral, Florida.

“We’re on our way to space!” NASA wrote on its Twitter account once the rocket carrying the Dragon Endurance crew capsule had lifted off.

The US space agency said that this mission will enable astronauts to make a number of scientific discoveries over the next six months.

At 12 minutes after launch, meanwhile, SpaceX, which built both the Dragon space capsule and the rocket itself, confirmed that the spacecraft had separated from the second stage of the Falcon 9, a separation that could be viewed via direct transmission.

Viewers could also see how the first stage of the Falcon 9, shortly after detaching from the second stage after takeoff, returned to Earth and landed autonomously on the “Just Read the Instructions” uncrewed platform in the Atlantic Ocean.

Applause from the engineers at the Cape Canaveral flight control center erupted when the Dragon capsule began flying alone 16 minutes into the mission.

Meanwhile, images from the interior of the capsule showed the four astronauts seated in the cabin.

One of them began playing with a plush toy while the others stretched their arms and legs after getting through the difficult takeoff phase.

The liftoff came on a clear and sunny day in Florida with few clouds in the area.

The Crew-5 mission is ferrying two NASA astronauts, mission commander Nicole Aunapu Mann and pilot Josh Cassada, to the ISS, along with astronaut Koichi Wakata, with Japan’s space agency (JAXA) and Russian cosmonaut Anna Kikina, with Roscosmos, both of whom will serve as mission specialists.

Commander Mann is the first Native American woman to travel into space and belongs to the Wailacki-Round Valley Indian tribe in Northern California.

The Crew-5 is the eighth crewed mission mounted by SpaceX since it began operations, and it’s also the first one commanded by a woman, Mann, who is making her first trip into space.

In addition, Kikina is the first female cosmonaut with Russia’s Roscosmos space agency to travel on board a SpaceX craft.

Also, the mission’s Dragon Endurance capsule was used previously for the Crew-3 mission,

During their time on the orbital station, the Crew-5 crew will carry out more than 200 scientific experiments and technological tests in various health areas, including research into cardiac diseases, along with work on methods of making lunar fuel, SpaceX said. 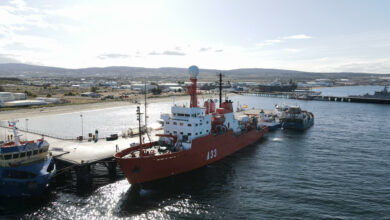