Havana, Oct 22 (efe-epa).- The US economic embargo cost the Cuban economy $5.57 billion over the 12 months that ended March 31, the island’s government said Thursday, blasting the United States for ratcheting up punitive measures despite the Covid-19 pandemic.

That figure is cited in Cuba’s latest annual report about what it calls the US blockade, presented by Foreign Minister Bruno Rodriguez.

The period from March 2019-March 2020 marks the first time in the 28 years that the Cuban government has been releasing the report when the impact of the embargo has topped $5 billion The document quantifies the cumulative cost of the embargo since it was imposed in 1962 at $144.41 billion, described by Rodriguez as “a truly overwhelming burden” for an economy the size of Cuba’s.

While Havana has frequently denounced the embargo as “genocidal,” the foreign minister said that the US decision to intensify the isolation of Cuba in the midst of a global health emergency represents “unprecedented levels of aggression.”

The harsher restrictions have not only made it difficult – and sometimes impossible – for Cuba to obtain drugs, medical supplies and personal protective equipment, they have hampered the Cuban government’s efforts to help third countries battle the coronavirus, Rodriguez said.

The tightening of the screws on Cuba is part of President Donald Trump’s policy of undoing the rapprochement between Washington and Havana undertaken by his predecessor, Barack Obama.

Recent steps include barring flights from the US to any location in Cuba outside Havana, a rule prohibiting US visitors to the island from staying in state-owned hotels and what the report calls “the persecution and intimidation of companies that send fuel supplies to Cuba.”

Regarding the last point, the document states that “illegitimate sanctions were imposed against 27 companies, 54 vessels and three individuals linked to the sector, none of them of US origin, or subject to the jurisdiction of that country.”

“To tell Cubans that the blockade has no real impact is cynical,” Rodriguez said, while attempting to justify the embargo as a bid to change the country’s political system is “deeply immoral.”

The ministry report has already been sent to the office of the United Nations secretary-general, but Cuba’s formal presentation of the document to the General Assembly has been postponed to May 2021 due to the pandemic.

Every year since 1992, the General Assembly has voted overwhelmingly in favor of a Cuban resolution calling for an end to the embargo. EFE lcl/dr 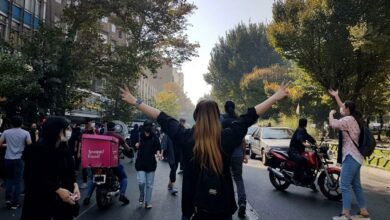