New Delhi/Dhaka, May 27 (EFE).- Cyclone Yaas has weakened into a depression on Thursday as it passed over eastern and northern India, a day after causing 12 deaths and widespread damage across the Indian east coast and Bangladesh.

With warnings issued a week in advance, Indian and Bangladeshi authorities managed to evacuate nearly two million people before the storm made landfall in the Indian state of Odisha on Wednesday as a “very severe” cyclone, carrying sustained winds of 130-140 kilometers per hour with gusts of up to 155 kph.

The India Meteorological Department said on Thursday that the cyclone had weakened into a “deep depression” and lay over the state of Jharkhand, moving northwards at a speed of around 5 kph.

After Yaas caused flooding in the affected states of Odisha and West Bengal over the past two days, heavy rains were again forecast by the IMD in some areas of the two states on Thursday, apart from Jharkhand and Bihar.

Images from the region after the cyclone lashed the eastern coast showed dozens of uprooted trees and electric poles, while many small and vulnerable houses were also destroyed.

The storm’s death toll stands at 12, including three fatalities each in West Bengal and Odisha – where two of the victims were trapped under trees falling due to heavy winds and another died in a house collapse – while six people were killed in neighboring Bangladesh.

Five of the six people killed by the storm in Bangladesh were minors who drowned due to storm surges and flooding, a number of Bangladeshi officials confirmed to EFE

The authorities evacuated 1.5 million people in West Bengal, where around 300,000 houses were damaged and vast areas of farmland have been affected, while around 200,000 people had been moved to shelters in Odisha.

In Bangladesh, where the storm’s impact was lesser than India, around 14,000 people had moved to shelters on Tuesday night, although they returned to their houses the next morning, the deputy minister for disaster management, Enamur Rahman, said in a press conference.

Yaas comes a little over a week after another cyclone Tauktae left at least 145 dead on the western coast of India, which is facing a double crisis as the coronavirus death toll continues to rise in the country, with more than 4,000 fatalities in the last 24 hours.

Cyclones are a common occurrence in the Bay of Bengal, especially between April-May and October-November.

In May 2020, super-cyclone Amphan killed over 100 people in India and Bangladesh, becoming one of the deadliest storms in the region in the last few years.

However, helped by the minute-by-minute monitoring by Indian meteorological satellites, the two countries had managed to carry out timely evacuations of nearly three million people, preventing a repeat of the tragedy in 1999, when a similar cyclone had killed more than 9,000 people in Odisha. EFE 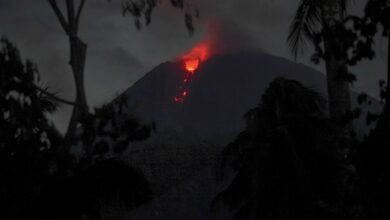