Ho Chi Minh City, Vietnam, Oct 14 (efe-epa).- At least 36 people have died in Vietnam and 16 in the neighboring Cambodia as a result of heavy rains that in recent days have caused floods and landslides in both countries, where heavy rainfall continues to be recorded.

The national disaster prevention center of Vietnam said Wednesday that 30 people were killed in floods, three drowned in boating accidents, and another three were electrocuted while repairing their homes, which had been damaged by storms.

Twelve people are also missing, eight of them swept away by floods and four, whose boats were shipwrecked and have not yet been located.

Official statistics do not include the disappearance of 17 construction workers who, according to the VNExpress news portal and other state media, were buried by a landslide in the province of Thua Tien-Hue, nor that of 13 of their rescuers buried by another landslide while conducting search and rescue operations.

The authorities have sent new rescue teams to the area but access is currently impossible due to flooding and the risk of new landslides.

Rains that have lashed the central provinces of the country for a week have flooded more than 135,000 houses and over 6,000 hectares of farm land, and killed 332,500 poultry and livestock.

In the neighboring country of Cambodia, heavy showers have caused flooding in nine provinces and the capital since Oct. 1.

At least 16 people have died, 1,200 families have been evacuated and 25,000 houses and 84,000 hectares of crops have been damaged, according to local media reports.

The situation in both countries may worsen in the coming days with the imminent arrival of Typhoon Nangka, which will affect mainly the northernmost part of Vietnam, and the forecast of another storm that may hit central Vietnam and most of Cambodia at the end of this week.

Natural disasters caused 132 deaths in 2019, mostly from flooding and landslides due to heavy rains. EFE-EPA 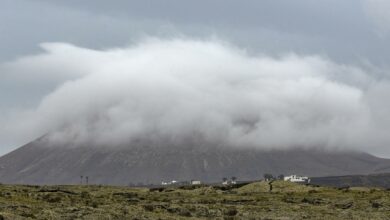 More than 80 drown as migrant boat sinks off Syria

Scores down as migrant boat sinks off Syria